Enbridge: Taking stock in the wake of the Federal Court of Appeal hearings 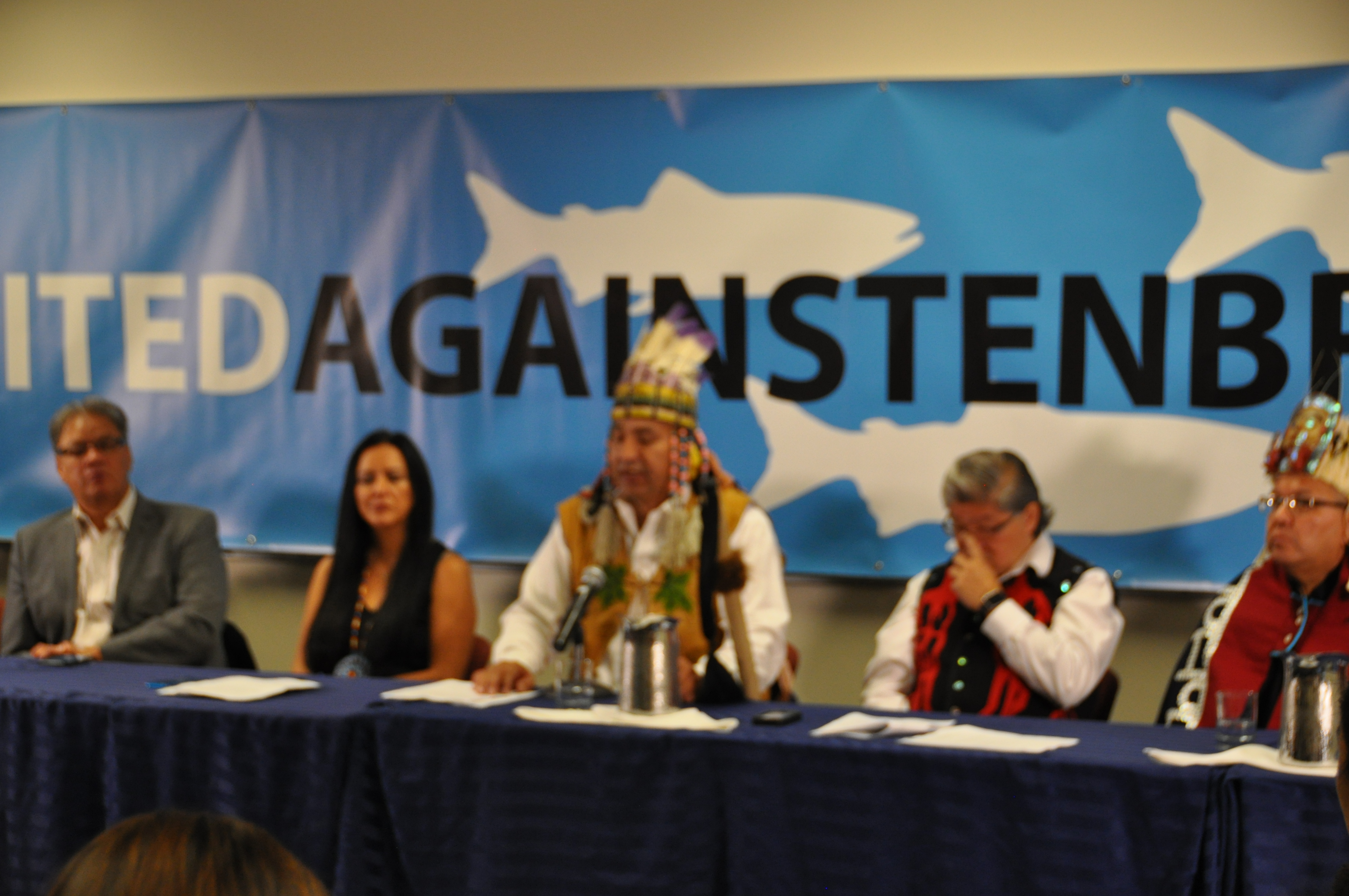 Walking a long road, together

West Coast Environmental Law was one of the first organizations to sound the alarm about the Enbridge Northern Gateway pipelines and tankers proposal, a project that in 2004 – when we became involved – wasn’t yet present in the mainstream environmental conversation. When Enbridge put the project on hold in  2006 in the face of a legal challenge by the Carrier Sekani Tribal Council, we continued our work to raise awareness about the risks of the Enbridge project proposal, to provide legal information and advice to potentially impacted communities, and to secure a legislated tanker ban on the Pacific North Coast.

Through a series of workshops, presentations and gatherings along the pipeline and tankers route, in the early years of the campaign West Coast lawyers sought to create opportunities for learning and alliance building across generations and cultures. One series of events in 2007, for example, brought together Inupiat Elders from Alaska’s North Slope (who had experienced first-hand the impacts of crude oil tanker spills and oil and gas industrialization) with First Nations community members potentially impacted by the Enbridge project.

Since Enbridge resumed its push for the project in 2008,  West Coast has been there, providing legal representation, advice and information to impacted First Nations and communities, and campaigning for a legislated crude oil tanker ban (which came close to success until proposed legislation ran aground after the 2011 election). West Coast has provided ongoing legal information and assistance to non-governmental organizations and residents concerned about the risks of oil spills, including raising awareness about the impacts of rollbacks to Canada’s environmental laws in this regard. In addition to ongoing legal representation, West Coast has played a key role in catalyzing support for First Nations in their fight against Northern Gateway, including working with First Nations’ allies to launch a Solidarity Accord in support of the Save the Fraser Declaration, which is a legal instrument through which First Nations to ban the project in their territories as a matter of their Indigenous laws.

In 2014 our fight against Enbridge took on new intensity when the federal government conditionally approved the Enbridge Northern Gateway project. It was then that we received instructions from two Yinka Dene First Nations, Nak’azdli and Nadleh Whut’en, to launch a legal challenge on their behalf against the federal government’s approval of the project.

Fifteen months, countless hours, endless paperwork and many challenges later, the hearings took place over the course of six days at the Vancouver Federal Court of Appeal in early October 2015. The applicants are eight First Nations (Haida Nation, Haisla Nation, Nadleh Whut’en, Nak’azdli, Gitxaala Nation, Gitga’at Nation, Kitasoo Xai’Xais Nation and Heiltsuk Nation), four environmental groups (BC Nature, ForestEthics Advocacy Association, Living Oceans Society, and Raincoast Conservation Foundation), and a labour union (Unifor). The respondents are the Attorney General of Canada, Northern Gateway Pipelines, and the National Energy Board. Amnesty International intervened to make arguments in support of the First Nations, and the Canadian Association of Petroleum Producers and the Attorney General of British Columbia intervened in support of Canada and Northern Gateway on certain issues. West Coast prepared a summary of the applicant’s written arguments which may be found here. Scenes from Oct.1, Day 1 of the Enbridge court proceedings. (Photos by Eugene Kung)

West Coast also provided daily legal summaries of the court proceedings. These summaries were read and shared widely by the community members of the nations in court as well as many people who could not come to court in person. Here we have compiled them into one place, making for a “mega-summary” of the epic legal journey the Enbridge hearings have been.

Day One
Day 1’s activities happened both in the courtroom and on the streets. The day began with a press conferencehosted by Union of BC Indian Chiefs and featuring representatives from the First Nations in court. Speakers emphasized how they had exercised their own laws and governance rights to withhold consent for the project, and the Crown’s refusal to deal honourably with them. They emphasized that the Enbridge legal challenges will set the stage for future collaboration or confrontation between First Nations and the next federal government.They delivered a clear message: First Nations were standing together and in support of each other against the Enbridge tankers and pipelines project.

The same message, #UnitedAgainstEnbridge, echoed throughout the remainder of the hearings. That afternoon, a Solidarity Rally with the nations in court drew over 600 people who spilled onto the streets, temporarily stopping traffic in downtown Vancouver. In the courtroom, the Haisla, Haida, Heiltsuk and Kitasoo Xai’xais Nations made their case.

Day Two
On day 2 of the hearings, lawyers for the Nak’azdli, Nadleh Whut’en, Gitga’at and Gitxaała Nations presented their arguments, bringing submissions from all eight Nations to a close. West Coast's own staff counsel Gavin Smith appeared in court on behalf of Nak’azdli and Nadleh Whut’en, who argued that the Crown’s failure to discuss their exercise of their governance rights in relation to the Enbridge project did “serious damage to the goal of reconciliation and protection of aboriginal rights.” See: Day 2: Yinka Dene Alliance kick off Day 2 of the Enbridge hearing

Day Three
On Day 3, four environmental non-profit groups and a labour union presented their submissions, stating that the grounds for approval of the Enbridge pipeline were inadequate. Northern Gateway argued that these groups don't have "standing" - meaning that they should not even be allowed to raise these objections before the Court in the first place. See:  Day 3: Environmental and labour organizations challenge Enbridge approval

Day Four
On Day 4 of the Enbridge hearings, Canada defended its conditional approval of the Enbridge pipeline project, arguing that the federal Cabinet is owed great deference by the Court in making the approval decision. Canada submitted that it had made reasonable efforts to consult First Nations, and asserted that there would be post-approval opportunities to consult as well. The lawyer for the government of Canada further argued that the Crown was under no duty to seek the consent of First Nations before approving the project because none of these Nations had proven their title claims in court. Also, a debate about whether Northern Gateway would be able to introduce last-minute evidence took up court time. See: Day 4: Canada seeks to defend Enbridge approval in Court

Day Six
On the 6th and final day of the hearings, the Canadian Association of Petroleum Producers and the National Energy Board made their submissions, and the Applicants responded to arguments raised by Respondents during the hearings. Among other arguments, lawyer Robert Janes, in reply on behalf of the First Nations, challenged Canada and Northern Gateway’s position that First Nations concerns will be addressed in the future. He argued that the decision to approve the project was the key decision affecting Aboriginal title and rights – and that decision has already been made. See Day 6: Judges Left to Determine the Fate of Enbridge

The Court’s decision won't come out for months, but for now, the hard-working lawyers and applicants can get some much-needed sleep!