News & Events » Environmental Law Alert Blog » Dutch climate court win – What does it mean for Canada?
Back to top

Dutch climate court win – What does it mean for Canada? 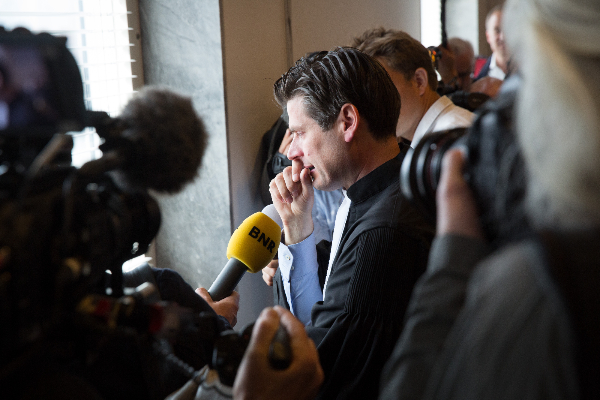 Earlier this week (June 24th) a Dutch court ordered the Dutch government to ramp up its climate change plans – to achieve at least a 25% reduction in greenhouse gas emissions relative to 1990 levels by the end of 2020. It’s an incredible win – one that is being rightly celebrated by climate activists around the world.

On the heels of this unprecedented decision, we’ve received a number of tweets and emails asking what this decision means for Canada, and whether a similar court challenge might soon be brought here. In our view, the Dutch decision is a key win in global efforts to use the courts to fight climate change, and will encourage climate activists around the world.  However, court cases filed in countries around the world – including Canada – will need to be based in the legal traditions of those countries, and won’t necessarily be a

carbon copy of the Dutch case.

About the Dutch case

The Dutch case was brought by an environmental organization, the Urgenda Foundation, which “aims for a fast transition towards a sustainable society with a circular economy.”  It was based upon the legal theories of Urgenda’s lawyer Roger Cox, who wrote a book, Revolution Justified, about the legal basis for this type of legal challenge.  Here’s Cox explaining his ideas in a Ted Talks video.

Urgenda brought the legal challenge on its own behalf but also on behalf of 886 individuals Dutch citizens. Urgenda is very aware of the potential of their action to influence public opinion and clearly hopes that its action will be copied elsewhere – and has made every effort to make pleadings and other materials available in English. For example, Urgenda has put footage of the court delivering the verdict, with English subtitles, onto Youtube.

The court case was not about whether to regulate greenhouse gases and fight climate change (The Netherlands has already set a clear goal of reducing Greenhouse Gases by 14% below 1990 levels by 2020, which is much more aggressive than say, to pick an example purely at random, Canada’s target, which will actually see a slight increase over 1990 levels by 2020). Rather, the case was about how quickly the Dutch government should act to reduce greenhouse gases.

So what did the judges say?  At the risk of oversimplifying (because there’s a lot in this judgment), the court accepted that globally we face a likelihood of dangerous climate change if more is not done, and done quickly.  The court explained:

Since it is an established fact that the current global emissions and reduction targets of the signatories to the UN Climate Change Convention are insufficient to realise the 2° target and therefore the chances of dangerous climate change should be considered as very high – and this with serious consequences for man and the environment, both in the Netherlands and abroad – the State is obliged to take measures in its own territory to prevent dangerous climate change (mitigation measures). Since it is also an established fact that without farreaching reduction measures, the global greenhouse gas emissions will have reached a level in several years, around 2030, that realising the 2° target will have become impossible, these mitigation measures should be taken expeditiously. After all, the faster the reduction of emissions can be initiated, the bigger the chance that the danger will subside. …

Based on recommendations of the IPCC for developed countries, the court held that the 2020 climate target for the Netherlands should be a reduction of at least 25% relative to 1990 levels. Here's a bit more about the content of the judgment and what's relevant for Canada.

So can we expect a similar case in Canada anytime soon?

Let’s start by saying that any climate-related court case brought in Canada will not be a carbon copy of the Netherlands win.  Notwithstanding Urgenda’s claims that “80% of all our arguments and supporting documentation can be used in any country,” the case needs to be based on the laws and legal theories of the country. The Dutch case was based to a large degree on concepts that don’t directly translate into Canadian law, and in particular a constitutional “concern” that the state “keep the country habitable and to protect and improve the environment.”

In the U.S. we’ve seen legal challenges brought by youth against states, and against the U.S. federal government, asking for similar remedies (declarations that governments must do more to fight climate change), on the basis of “Atmospheric Trust theory” – the idea that governments are collectively responsible to the government for management of the atmosphere.  On Tuesday – the same day before the Urgenda decision came down – a Washington State Court judge ordered the State Department of Ecology to re-examine the evidence provided by youth in one of these cases to see whether that evidence justified faster action on climate change.

Those cases are each based on the idea that courts do have a role where governments, and other powerful actors, are allowing, or even encouraging, forms of economic development which will kill people (or are already killing people), and violate human rights.

It is important not to expect a one-size fits all approach to litigation, although some countries will find it easier to adopt the approach from another country’s courts (notably, a Urgenda-style case is already underway in Belgium, and another is planned in Norway).

So while I think that climate litigation in Canada is increasingly likely, I am not at all certain that it will look like the Dutch case. It will be based on different legal theories, and it might, for example, be brought against private polluters, rather than the government.  But it is too early to say precisely what those cases will look like.

A movement in the courts

But although some of the details about a Canadian case remain murky, I do think that the Dutch case is part of a growing trend of climate activists seeking action in the courts.  And the success of Urgenda will help build that trend.

Political action on climate change has not kept up with the risks and damage that climate change is causing, and is going to cause.  Whether we’re talking about individual companies or entire countries, our business model is bankrupt.  You can’t run a business, or an economy, in a way that causes hundreds of thousands of deaths, and hundreds of billions of dollars worth of damages, each year, and not expect the people who are impacted, or their allies, to turn to the courts.

Court challenges of this type started in the U.S., but we’re now seeing a global interest in using the courts.  A press release from our colleagues at the Climate Justice Programme makes this point, citing examples of legal action being taken, or planned, in Indonesia, Philippines, Germany (on behalf of a Peruvian Farmer), Belgium and elsewhere:

“Lawyers around the world are mobilising and preparing cases as we speak, against Governments at the national and international levels, and against Corporations and Directors of Companies that are failing to take appropriate measures to avert a climate catastrophe” said [CJP President, Stephen Leonard].  “Similar legal actions have been successful in other countries and there are more on the horizon.”

In March Jurists from around the world released the Oslo Principles – an attempt to define the legal obligations of countries in relation to climate change, further evidence of renewed interest in the illegality of inaction on climate change.

What is significant about the Dutch case is that it succeeded to such a degree.  We’ll have to see whether the decision is appealed, but in the meantime, the case may represent a turning point – the point at which judges recognized that the impacts of climate change on legal rights are so devastating that the issue ceased to be viewed as just a political issue, and became one in which the courts had a responsibility to act.  As Marjan Minnesma, the founder of Urgenda, explains:

With cases around asbestos poisoning, in the beginning all the cases were lost, but at a certain point the system changed and people starting winning. I think our case is like that, it’s very special, and now hopefully more people will win climate liability suits. Hopefully our case will give people the courage to do the same because they can see what a judge can do with a good legal system in a normal country like the Netherlands.

No wonder that some are predicting that this decision will “inspire a global civil movement.”

The courts should not be viewed as a panacea – a white knight that will save us all from the short-sightedness of our politicians, or corporate leaders, or even ourselves.  However, the Urgenda court case demonstrates that judges and courts have an important role to play in reminding us that climate change, and our ongoing fossil fuel economy, is violating some of the most basic legal rights, including the right to life itself.

This decision will spur legal action in countries around the world, but in each country those court cases will need to be based on the legal traditions of that country.  The Urgenda case can be a beacon pointing the way, but not a one-size fits all model.