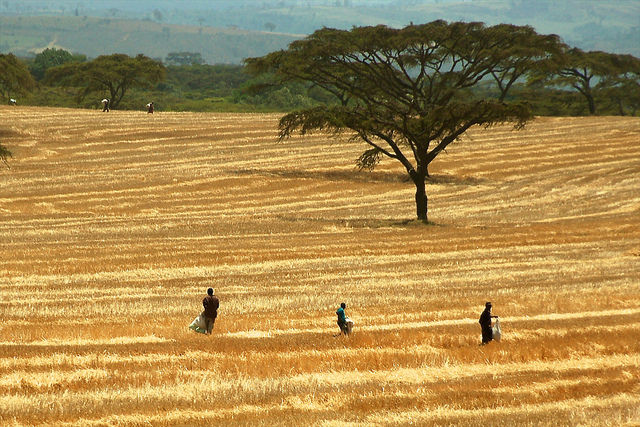 It might seem a bit odd for Environmental Law Alert (based in BC, Canada) to be reporting on developments in Kenyan environmental law, but Kenya’s new Climate Change Act, 2014, brought into force in May 2016, contains a provision that is worth talking about around the world – one which provides for lawsuits against greenhouse gas polluters.

Fossil fuel companies and other industrial greenhouse gas (GHG) polluters believe that they can continue pocketing the profits from extracting, selling and burning fossil fuels, while expecting everyone else to pay for the resulting climate damage. We have predicted that countries will pass laws clarifying that large-scale greenhouse gas emitters can be sued for their contributions to climate change – a game changer that could force greenhouse gas polluters to “internalize” the true costs of fossil fuel pollution. Last December we released a model climate compensation law showing how countries could enact such a law.

23(1) A person may, pursuant to Article 70 of the Constitution, apply to the Environment and Land Court alleging that a person has acted in a manner that has or is likely to adversely affect efforts towards mitigation and adaptation to the effects of climate change.

(3) For the purposes of this section, an applicant does not have to demonstrate that a person has incurred loss or suffered injury.

Kenya’s new Act is reportedly the first climate change law enacted in an African country, which may mean that its Act becomes something of a model for other countries on the continent.

One commentator highlighted the potential for lawsuits against private companies, in an article entitled In Kenya, companies now liable for climate change damages:

The act allows citizens to sue private and public entities that frustrate efforts to reduce the impacts of climate change. …

An interesting feature of this law is the lenient standard required to prove liability. It is enough to prove that a corporation is not doing enough to address climate change without having to also demonstrate that a person has suffered loss or injury. …

The consequences of liability may be exceedingly costly for corporations as Kenya’s Environment and Land Court has the power to order compensation for climate victims where it deems appropriate. Once a company becomes included within a climate change regime, the likely substantial compliance requirements will entail significant, related ongoing costs of operation and management that could affect returns and competitiveness.

Exactly how the new law will be applied remains to be seen, of course. Will it be used against companies that spread misinformation about climate science (such as Exxon) or manipulate tests to avoid government regulation (such as Volkswagen), or could it support broader climate damages lawsuits against fossil fuel companies for continuing to exploit their vast oil and gas reserves despite the consequences for our atmosphere? Either way, this should be a concern for industrial GHG polluters.

Kenya, even prior to this new law, had been identified by Environmental Law Alliance Worldwide as a country with laws that might support a lawsuit against fossil fuel companies for compensation.

Economists have long recognized that when a polluter does not have to pay for the harm that they cause, and makes a profit, they have an incentive to continue doing harm.

The fossil fuel cartels prove this point. Despite knowing since the 1970s or earlier that ongoing use of fossil fuels was causing climate change, resulting in dramatic loss of life, displacement of communities and other harm, the industry doubled down on producing as much oil, gas and coal as possible. They have not shifted (in any significant way) towards providing renewable energy. They lobbied hard against national and international rules that might reduce their production. They funded (and continue to fund) misinformation campaigns to convince the public that climate change was not real. And to this date they tell their shareholders that they will extract all of their reserves unless and until someone stops them (which they don’t think will happen).

Indeed, they have been so successful that until now many people blame themselves for climate change and see the fossil fuel industry as merely providing a product. But the pollution resulting from (for example) Exxon’s business (including the emissions from its products) represent about 3.2% of total global emissions and it has billions of dollars of profits as a result. Industry is in a position to address climate change in ways that we as individuals cannot.

That’s why it’s important that communities and countries seek ways – under existing laws or through new laws that clarify or modify existing rules – to ensure that the polluters pay their fair share.