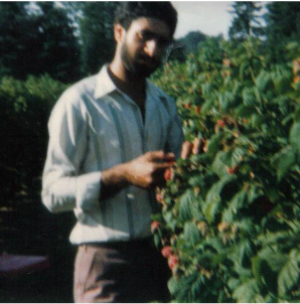 It has been said that the measure of a society is how it treats its most vulnerable members.  So when I recently testified the House of Commons Standing Committee on Health about Canada’s Pest Control Products Act (PCPA), I chose to focus my submissions on what we’ve learned from our past work with farm workers about how the PCPA does and does not protect farm workers.  Click on the player to hear my testimony (or download the .mp3 or .wma audio files). To hear the full testimoney, including other witnesses and questions and answers, visit the ParlVU website.

On its surface, the PCPA appears to be a fairly strong piece of environmental legislation.  It says that pesticides should not be approved for use in Canada unless there is a “reasonable certainty that no harm to human health, future generations or the environment will result from exposure to or use of the product…” It puts the onus of proving that “reasonable certainty” on the company seeking to register the pesticide.

But unfortunately, the Pest Management Regulatory Agency (PMRA) -  the government agency that administers the Act - does not always interpret that requirement in a way that sufficiently protects farm workers.  And from working some years ago with Punjabi-speaking farm workers in the Fraser Valley I know that farm workers often are exposed to pesticides that can threaten their health.

The Committee is currently conducting a review of the PCPA to see how it can be strengthened.  See my written submissions (and the recording) for more information, but here’s what I told the Committee:

When the PMRA evaluates whether a pesticide is safe to “human health, future generations or the environment” it assumes that 100% of the technical instructions on the product’s label are followed.  In other words, they assume that (where the label requires it) everyone wears safety gear, everyone measures and observes no-spray areas or no-entry periods, and no one accidentally spills the pesticide.

100% compliance with technical labels is unrealistic at the best of times, but even more so when workers only speak Spanish, Punjabi or Chinese and the labels are only available in French or English.  The evidence of farm workers themselves demonstrates that labels are not being followed.  One farm worker told researchers from SFU:

I have had a headache from being in the fields a lot where we apply pesticides.  We don’t have masks or gloves.  The problem is when it is windy and the [product] you are spraying falls on you.  The employer has not explained to us what precautions we should take.  Sometimes we change our clothes, because if you keep the same clothes on, your skin begins to itch….

The PCPA requires the PMRA to conduct periodic reviews of the safety of approved pesticides. And when the PMRA reviews the safety of an agricultural pesticide, it will sometimes identify possible health risks at an early stage.  In such circumstances it can, and sometimes does, recommend interim measures to protect farm workers while the review is conducted.  However, those recommendations most often come much too late. In the case of the pesticide Endosulfan, the PMRA identified interim safety measures to protect farm workers in 2004, but did not implement them for another five years, until 2009.  Just two years later the PMRA review concluded that all uses of the pesticide should be phased out because of concerns about its health and environmental impacts.  It turns out that delays in implementing interim safety measures is not entirely atypical.  The PMRA tells us:

For the re-evaluations [discussed], the average time between the proposal of interim changes and their appearance in the marketplace was about 3 years and ranged from as little as a few months to 7 years.

Three years, let alone seven, is a long time to wait for safety measures related to a suspected health risk.

The PMRA evaluates worker exposure to pesticides separately from non-workplace exposure to pesticides. PMRA staff justify this separation of different types of exposure based on sections of the PCPA that refer to the assessment of aggregate exposure from “non-occupational” sources (ie. considering all the different “non-occupational” ways that a person could be exposed to a pesticide). The result, in our view, is that workers may be exposed to more pesticides than the PMRA’s models suggest.

The PMRA has told us:

The methodologies to combine aggregate assessments of potential occupational and non-occupational exposures were not sufficiently developed to include such a requirement into the drafting of the PCPA. Efforts continue to develop and refine the methodologies to a point where they can be incorporated into risk assessments and support decision making.

However, in our view, this failure to account for all of the possible sources of exposure is a failing of the PMRA’s risk assessments.  What this means is that the PMRA, in assessing human health risks, may be underestimating the level of pesticide exposure that farm workers receive.

Since 2006 the Pest Control Products Sales Information Reporting Regulations has required registrants (the pesticide companies that have pesticides approved for use in Canada) to report how much of each pesticide they have sold by province.  The PMRA uses this data to generate reports about general trends in, and aggregate amounts of, pesticides used across Canada, but the data itself is not available in raw form thus making it unknown how much of each pesticide is being used in BC and where.

Although those requirements are at the state level, the U.S. Geological Service also makes impressive use of the available data at a U.S. wide level in its mapping tool.

Accordingly, we recommended that the PCPA be required to collect information on pesticide use and make it available to the public.  Groups that work in farming communities and/or worker safety groups would benefit from knowing what is being used, enabling them to provide better training and support to farm workers.  Medical professionals who are called on to treat farm workers for pesticide exposure may be able to narrow the range of likely chemicals in play using such data.

And, as we pointed out in answer to a question from one MP about the PMRA’s ability to detect impacts from pesticides in the field, having data publicly available about what pesticides are used in a particular region increases the likelihood that health or environmental problems that arise from pesticide use can be traced back to the pesticides.

At the end of the day, we told the Committee that if the PCPA were appropriately implemented, it would go a long way to protecting farm workers, and the environment.  However, to date, it has not lived up to this potential – with the result that farm workers – as those most exposed to pesticides – continue to be subject to significant health risks.

P.S. - We presented alongside Ecojustice and Environmental Defence.  Here is Ecojustice's blog post about their testimony to the Committee on neonicotinoid pesticides.