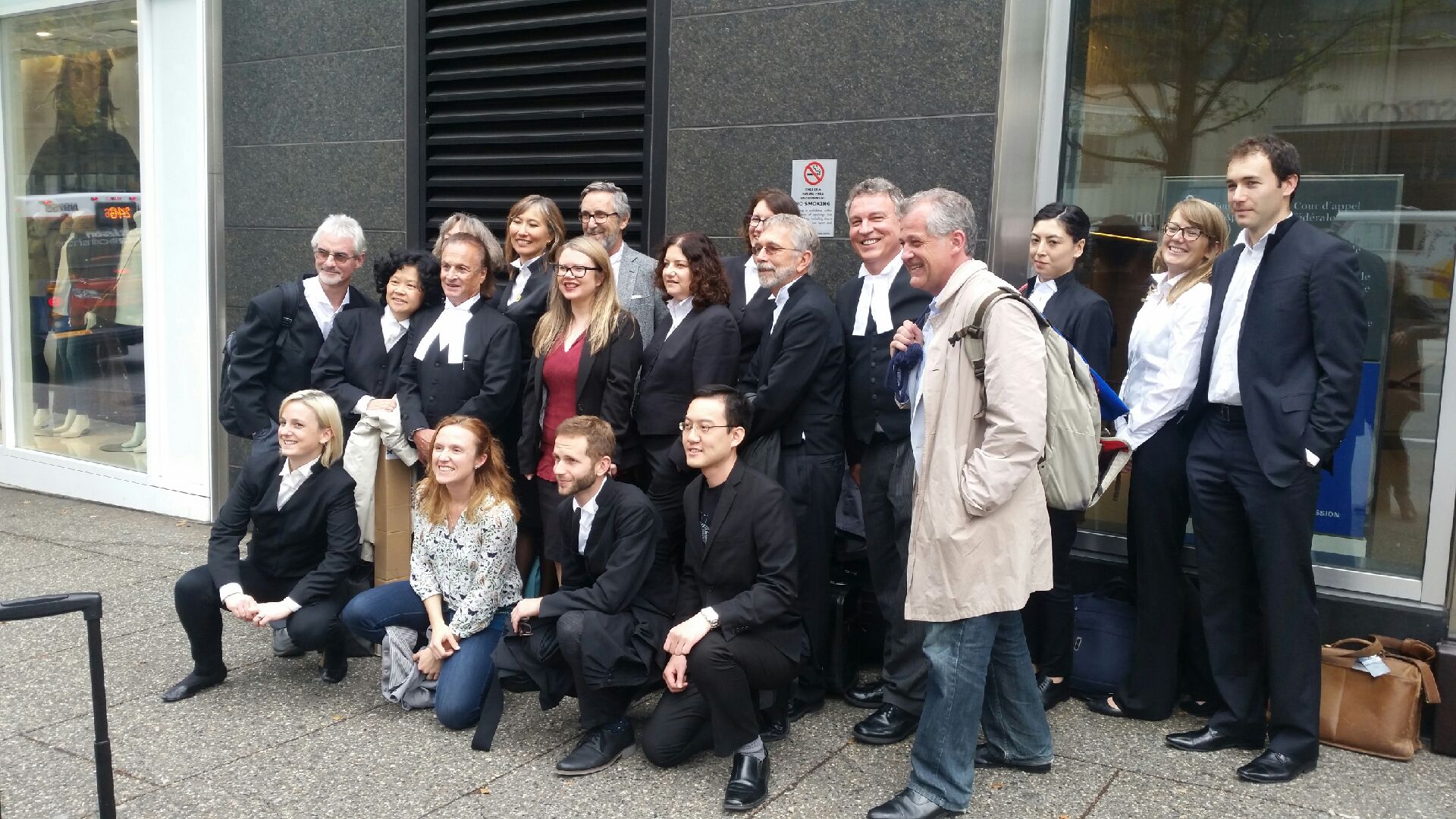 The sixth and final day of the Enbridge hearing was as charged and exciting as the first. The Canadian Association of Petroleum Producers (CAPP) was up first to make submissions on whether or not the Enbridge pipeline is in the ‘public interest’. Neither Canada nor Northern Gateway made submissions on the issue of public interest and instead chose to rely on arguments made by CAPP. This left it up to CAPP – an association with, in its own words, “a long-standing, genuine concern with pipeline capacity” – to present on whether the Enbridge pipeline is in the interest of Canadians.

Andrew Hudson, counsel for the National Energy Board (NEB), gave very brief submissions on the jurisdiction of the NEB, particularly with regard to enforcing conditions of pipeline approvals..

This left just under an hour for the Applicants to respond to arguments raised by the Respondents over the past three days. Speaking on behalf of the eight First Nations applicants, Robert Janes, counsel for Gitxaała First Nation, had only 30 minutes to respond to the arguments made by Canada and Northern Gateway. He wasted no time in moving through his points.

Janes started by addressing Northern Gateway’s assertion, made by legal counsel Mr. Roth earlier in the hearing, that its project was similar to the great transportation infrastructure projects of the past, such as the Canadian Pacific Railway. Janes observed that as a precondition to building that railway, Canada negotiated treaties with prairie First Nations to gain their consent, and that where this process failed was in British Columbia, where the treaty process famously stopped and lands were just taken. He added that, whereas Northern Gateway complains that it has been put through a lengthy process to have its project approved, First Nations in BC have been waiting since 1846 to have their Aboriginal title and rights respected – and that Canada’s conduct regarding Northern Gateway continues along a path of disrespect.

Janes challenged Canada and Northern Gateway’s position that First Nations concerns will be addressed in the future, or as he put it, the notion that “like orphan Annie looking forward to tomorrow, the real consultation is yet to come.” He noted that the decision to approve the project was the key decision affecting Aboriginal rights and title and it has already been made. First Nations applicants have no way to revisit this decision outside of this court proceeding. He also noted that promises for future consultation have been vague and unclear. For example, the Fisheries Liaison Committee – a body that First Nations are supposed to rely on to accommodate future marine concerns – remains a vague concept with its composition, powers, and process still unknown. In addition, he noted the promised future consultation under the approval is to be conducted by Northern Gateway, a corporation with its own private interests and which does not have a constitutional obligation to consult, unlike the Crown.

Janes argued that the Cabinet never considered Aboriginal title or Aboriginal governance rights when making its decision to approve the pipeline. This failure to consider a key issue was an error of law. He also pointed to other core flaws that have not been addressed including the unique position of the Haida Nation as a result of their reconciliation agreements.

Janes debunked the claim that the only accommodation that First Nations were interested in was to reject the project. On the contrary, many other accommodation measures were put forward including asking for more time to collect important, missing information before deciding whether or not to approve the project.

A lone, symbolic salmon rests vigilantly outside the courtroom where the hearings took place. (Photo by Eugene Kung)

He presented again the ‘jurisdictional maze’ that First Nations face when trying to seek a declaration of Aboriginal title. Northern Gateway, Canada, and the province of BC have all argued that neither the JRP nor the Federal Court was the proper venue for making a claim to infringement of title. They also steered First Nations towards the BC treaty process to address title and governance rights but, as Janes pointed out, the BC treaty process is not designed to recognize or assess Aboriginal title and rights, leaving First Nations groups with nowhere to go.

Janes finished by asking the judges to consider consultation as a give and take process involving compromise and a conversation to reach mutual understanding. He called into question Canada’s hard-line approach to consultation and stressed the importance of diplomacy on their part.

Barry Robinson, counsel for the Coalition of environmental organizations, responded to Northern Gateway’s arguments about the Species at Risk Act (SARA) and more specifically, the threatened humpback whale. In response to Northern Gateway’s submission that humpback whales will be protected by the marine mammal protection plan, he quoted the Province of BC’s submission to the JRP that “’trust me’ is not good enough”. Robinson reiterated that the JRP failed to comply with the requirement under SARA to consider the humpback whale recovery strategy. He added that relying on the proposition that Northern Gateway consultants had some knowledge of the recovery strategy to discharge the JRP’s duty was not enough.

Chris Tollefson, counsel for BC Nature, argued that the JRP has failed to interpret and apply mandatory provisions in the Canadian Environmental Assessment Act that relate to mitigation measures and that no party has grappled with these issues. On the issue of standing, Tollefson argued that Northern Gateway should have brought the standing challenge earlier in the process instead of waiting until BC Nature had invested substantial time and effort in this matter. Northern Gateway’s challenge raises a practicality issue because the Applicants have worked collaboratively in this case and rely so much on each other’s submissions. In closing, he noted that public interest litigants have an important role in the democratic process and should not be shutout from the process.

Justice Dawson closed the day by thanking all the lawyers for their professionalism in the courtroom and for working collaboratively together. After all that work, now all there is to do is wait and see what the judges decide.