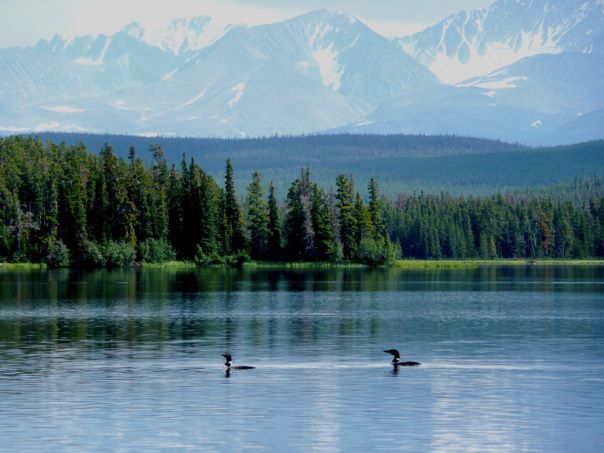 Jay Nelson has a unique perspective on the new Canadian Environmental Assessment act, 2012 (CEAA 2012).  Jay has been representing the Tsilhqot’in National Government (TNG) in the current environmental assessment (EA) of the controversial New Prosperity mine project at Fish Lake (Teztan Biny) in BC’s Chilcotin Region, and so has been grappling with how CEAA 2012 works on the ground.

Last month, Jay joined West Coast lawyer Rachel Forbes in presenting a webinar on the new CEAA 2012 (part of our series of Continuing Professional Development webinars for public interest environmental lawyers), and he shared his insights on how EA is changing in Canada, both generally and as a result of CEAA 2012.

Jay’s presentation was wide ranging and below we have shared a few of his insights, together with some of our own comments. Due to length, we aren’t reporting on all of the very important points made by Jay during the webinar; we have chosen to focus on the points related to how an environmental assessment run by the federal government will work under CEAA 2012.

As we’ve written previously, CEAA 2012 limits participant status in environmental assessments to those who are “directly affected” or who have “relevant information or expertise” – a test which, taken narrowly, could shut

out a lot of people who want and deserve to have a say.  So it’s important to note that the Review Panel that is conducting the New Prosperity EA, including the public hearing, recently rejected a narrow definition of “directly affected,” andgranted interested party status to all 31 of the parties that had applied for such status.  In doing so the panel rejected a “private law” interpretation of “directly affected”, stating that “an interest sufficient to support standing … must be “genuine interest”, a “real stake” or “substantial connection.”

The groups that received participant status included local, provincial, national and even international NGOs (Amnesty International, to be precise), and several local residents and business owners.  Jay commented on the role of public interest environmental lawyers, such as our friends at Ecojustice, in pressing for this broad interpretation.

Both Jay and Rachel noted that in the recent Jackpine oil sands mine (near Fort McMurray) expansion EA, Shell Canada had urged the Review Panel to turn away Greenpeace and others, arguing for a narrow interpretation of “directly affected”, but that Panel reaffirmed its position that Greenpeace and several others are interested parties and even accepted additional interested parties (media coverage). (That being said, environmental lawyer Diane Saxe has expressed concern that the Jackpine Panel excluded others for technical reasons, which probably wouldn’t have happened under the old CEAA.)

It’s a good sign that the panels have so far under CEAA 2012 used a fairly broad approach to “interested party” and that there are opportunities to press panels to interpret the Act in ways that protects the public.  However, there’s a lot of uncertainty about how CEAA 2012 will be applied going forward and only time will tell whether all EAs, and the courts, will interpret CEAA 2012 as allowing for relatively broad participation.

On the down side, Jay reported on a number of impacts of CEAA 2012 that are more problematic.  The following are just a few:

Jay suggested that even before CEAA 2012 there has been a trend away from EAs that involve “review panels” – panels that are arms-length from government and hold formal hearings - citing the proposed Ajax Mine (an open pit Gold-Copper Mine located partially within the boundaries of Kamloops) as an example of an assessment that would at one time probably have received a panel review.  He believes that still fewer panel reviews will occur under CEAA 2012 and explains why that’s a problem:

That’s something, I think, to be concerned about, because there are many benefits to these reviews by a federal panel …. They are independent.  It’s typically three appointees, appointed for their expertise, who are not government employees, and they’re meant to be impartial. … It’s a highly public process.  There are real opportunities for the public to be involved, for First Nations to be involved.  There’s public hearings held.  …  And part of that is community sessions that are often held as part of the public hearings where the panels have gone to First Nations communities and heard from the communities directly. And certainly that was a pivotal aspect of the Prosperity review, when you have independent people come out to sometimes remote First Nations communities … and hear directly from the community, from the elders, from the young people, about the impact and concerns of the project, it brings a life to the process, and a reality to the process, which I think is not possible to convey through written submissions or write in comments at an open house …. And the end result is it’s just a much more rigorous process than these in-house reviews, because you have all this public participation and the opportunity to really question the proponent, government regulators and others in real time and get real answers.  So it ends up being a much more thorough and I think productive process.

It is worth noting that the few projects that were turned down after an EA under the old CEAA all involved panel reviews.

Jay highlighted that the public, and First Nations, are able to access less funding to participate than used to be the case.  This began prior to CEAA 2012, but again Jay feels it will continue.

The participant funding program has been slashed in recent years.  Just as an example, for the Tsilhqot’in Nation, dealing with the Prosperity Mine, a fairly major impact for them culturally and on their communities: their funding … [to participate in the New Prosperity Mine review] is about a third of what it was originally to participate [in the Prosperity Mine review].  And I expect that it would be even less than that now, given the funding cut backs.  … That has serious impacts on the ability of the public and First Nations to participate in environmental assessment, because, as you know if you’ve been involved in these processes, they’re complex, they’re highly technical, very demanding, and the reality is that to meaningfully participate, you need resources to do it.  And the government agencies need resources as well, and we’re all aware of the funding cuts that they’ve experienced.

As Jay hints at the end of that quote, it’s not just funding for participants, but funding to government agencies that are responsible for protecting the environment, and who we expect to review environmental assessment reports and provide input.  A combination of cuts to funding and strict time limits (discussed below) can really undermine the potential for a good EA.

CEAA 2012 – unlike its predecessor – requires environmental assessments to be completed in set time periods: one year for most EAs, 18 months for those done by the National Energy Board, and 24 months for a panel review.

Mandatory deadlines don’t include time that a proponent takes to provide information, conduct studies or answer questions – while the proponent is assembling information, the “clock is stopped.”  While the time limits can be extended – somewhat – by government, all indications are that the government will be reluctant to do so.

While we can all presumably agree that EAs – when everyone has the necessary resources and is cooperating – should be conducted in a timely manner, Jay points out that these types of strict time limits reduce the incentive on the proponent to provide complete information:

There’s a real danger here, and we’re already seeing it in the New Prosperity review, I think, of this stop-clock approach.  And it’s that there’s an incentive for the proponent, who wants the review to proceed as quickly as possible, to keep the clock running; so you want the ball in the government’s court, or in the panel’s court.  And that means that when [the proponents] receive an information request, that there’s an incentive to answer that request quickly, rather than to answer it completely or comprehensively.

In the past … [a] Panel has been able to keep asking questions over and over again until they’re satisfied with the answers, and only then will they proceed to hearings.  … [B]ut with the new time limits … the Panel has to be careful, because each time they ask for more information, the clock’s not running while the proponent is getting that information, but once the proponent has filed something, it takes time for the Panel to review that information, and decide if it’s adequate, to formulate new information requests.  There’s usually a requirement that it go out to public comment.  So each time it can be weeks, or a month, or more, to turn it around into additional information requests, and that’s time that’s on the clock.  … In the original Prosperity hearings I believe that there were four rounds of information requests, fairly comprehensive, that sent the proponent back for more information.  It’s hard to imagine that this time around it would be that rigorous, because each one of those takes weeks off of the time that the panel has to do its job.

The new CEAA 2012 focuses EAs on “environmental effects” that are related to federal regulation making powers instead of on all environmental impacts.
Under CEAA 2012, an EA can consider an effect “that is directly linked or necessarily incidental to a federal authority’s exercise of a power or performance of a duty or function” – but Jay points out that no one really knows what that means as yet, or how far it will extend to impacts associated with a project but which aren’t the focus of a federal power.

Jay has a specific example of why this matters:

Jay closed by highlighting some of the challenges – and opportunities – that will be faced by lawyers representing environmental and First Nations interests under CEAA 2012:

It’s probably obvious from my presentation that there are some serious concerns here … You’re definitely expected to do more with less funding and fewer opportunities to participate.  … There’s probably going to be less public and transparent environmental assessment, with a reduced scope.  So what do you do in that situation?  I think you do have to be prepared to do more with less.  If you work for ENGOs or First Nations, that’s not new – you’re always trying to get maximum impact out of usually a shoe string budget, and that’ll be pushed even further now.  The key is really to target in quickly on the key issues; know what opportunities you have to participate, and take advantage of those. You’re not going to be able to comprehensively address every issue, most likely, in the environmental assessment, so you need to address the issues that are most important, and do it as well as possible, whenever the opportunity arises.  …

I would encourage people to be proactive with your interpretation of CEAA 2012.  I think it’s easy to read a lot of doom and gloom into these changes, and certainly there is a lot to be concerned about … But don’t assume the worst. … [W]e’re starting at ground zero in terms of interpreting a lot of these provisions, and although they can certainly be read in a very restrictive light, there’s the opportunity to have a role in, expanding, or advocating for a very generous interpretation of CEAA 2012.

Many thanks to Jay for agreeing to present in this webinar.  We hope that his suggestions will help public interest environmental lawyers participate in environmental assessments going forward.

Photos are of Fish Lake/Teztan Biny