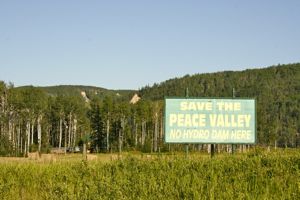 Following hot on the heels of the controversial Park Amendment Act (Bill 4), the BC government has introduced another bill that would open up some of the province’s most publicly valuable lands – in this case, its farmlands – to industrial development.

Lands within BC’s Agricultural Land Reserve (ALR) include some of the best of BC’s scarce agricultural lands. For years, provincial law has stipulated that agricultural values are the top priority on ALR lands. Bill 24, the Agricultural Land Commission Amendment Act, weakens that legal protection. If passed, Bill 24 would allow decision makers to prioritize short-term gains over the long-term goal of protecting farmland and food security for most of the province’s ALR lands.

Read on to learn more, or you can use our handy on-line letter to tell the BC government: hands off our food security.

The most controversial change in Bill 24 is the division of provincial ALR land into two zones. In Zone 1 (Vancouver Island, the South Coast and

the Okanagan), the Commission will continue to be required to prioritize agricultural values when making decisions regarding ALR lands. In Zone 2 (which will contain 90% of provincial ALR lands), agriculture will no longer be prioritized. Instead, the Bill gives agriculture equal weight in Zone 2 lands to economic, cultural and social values, regional planning objectives, and any “other prescribed considerations” that Cabinet might describe in regulations.

In other words, the Bill undermines the very purposes of the Agricultural Land Commission to protect agricultural land and encourage farming. If Minister Thomson, who introduced the Bill, was sincere in his statement that the changes are intended to better protect farmland, he has done a bang-up job of producing a Bill that will achieve the exact opposite.

Zone 2 agricultural lands, which would have their legal protection reduced, contain some of British Columbia’s most important farmland. While the Ministry media release announcing Bill 24 states that Zone 2 lands have a shorter growing season and lower value crops, the region in fact contains a staggering 85% of the province’s lands that are capable of growing a range of crops. Also, while the growing season may be shorter, longer growing days due to higher latitudes (summer days are longer in the north) means greater yields. In other words, Bill 24 removes protection of over four-fifths of the ALR land that we can rely on to grow the range of foods we need to sustain us.

It is for these and other reasons that the ALC Chair Richard Bullock, in his update to his Message from the Chair dated March 6, emphasized the important role that BC’s northern agricultural lands play in BC’s future food security:

As noted in Table 3: Agriculture Capability (BC Land Inventory) by Region in the Agriculture Capability & The ALR Fact Sheet referenced above, the majority of prime agricultural lands are situated in the Interior, Kootenay and North regions. The Peace River region leads the way with the largest amount of prime agricultural land. With that in mind, I consider it useful to repeat the comments I made in my November 2010 Chair’s Report regarding ALR land in the northern part of British Columbia.

In addition,the northern portion of BC is agriculturally significant based on the role it can play several generations in the future. This vast area of good agricultural land, with a relatively small population, is essentially unscarred by the development pressures in southern BC.

It is understood that the majority of BC’s population growth will continue in the southwest. Pressures to convert agricultural land to accommodate urban growth will continue as will the pressures on farmers to change or stop certain agricultural practices. While I recognize that the Agricultural Land Commission Act and the Farm Practices Protection (Right to Farm) Act are designed to resist these pressures, there may come a time when farmers themselves will consider relocation thereby resulting in a fundamental shift in the agricultural activities in south west BC. I refer more so to intensive livestock operations in this regard.

I envision that appropriately transferrable agricultural enterprises may look northward – but only if the opportunity exists. Now is the time to consider the potential future agricultural role of northeast BC. Also, it is timely to consider the potential economic opportunities for agriculture in years ahead given this huge land base and its proximity to northern transportation routes to Asia. [Bolding mine]

Despite the Chair’s remarks about the importance of BC’s northern agricultural lands to BC’s future food security, it appears that a primary objective of Bill 24 is to reduce protection of agriculture on those lands.

Like Bill 4, these amendments have been proposed with inadequate public consultation and have raised alarm from all over the province. Introduced on March 27, the public was not consulted in the drafting stage and the Bill is expected to be debated in early May, leaving little room for public input at this late stage.

Indeed, recent statements by the Agricultural Land Commission Chair indicate that the Commission itself was not consulted on the changes, despite the fact that Bill 24 is a result of a core review of that agency. In his update, ALC Chair Richard Bullock stated:

The timing of this Message from the Chair reflects my awareness that a government review process continues to consider the future direction of the Agricultural Land Reserve system. While the nature, timing and outcome of those deliberations is not known, I want to provide whatever assistance I can to facilitate the development and discussion of public policy based on an up–to-date picture of the work and progress of the ALC in achieving its legislative mandate and strategic objectives.

Food Security – A Canadian Risk in the Global Context

Food security, which the World Health Organization defines as the ability of all people at all times to “access sufficient, safe, nutritious food to maintain a healthy and active life,” is not just a threat to vulnerable populations in developing countries. Four days after Bill 24 was introduced, the United Nations’ Intergovernmental Panel on Climate Change released its report Climate Change 2014: Impacts, Adaptation, and Vulnerability,

A collaborative effort that took seven years and leading science and policy experts from around the world to write, the IPCC report states that climate change poses a serious risk to food security and food systems due to warming, drought, flooding, and precipitation variability and extremes. It threatens rural livelihood and incomes, particularly for farmers and ranchers, due to reduced agricultural productivity, and has already resulted in lower global yields of such staple crops as wheat and maize. In some regions, staple crop yields are projected to drop more than 25% more between 2030-2049.

The IPCC report also warns that climate change can indirectly increase risks of violent conflicts. On the same day that the IPCC released its report, the Climate News Network reported that scientists have found “a direct link between a changing climate and an increase in violence.” Crop failure will in turn contribute to mass migration and climate refugees, which will lead to conflict over resources, including food. As food prices and hunger rise, so will hunger, increasingly inequitable distribution of food and violence.

Global food shortages will put pressure on the availability and cost of food in Canada. How we respond and adapt to the effects of climate change, and how we mitigate those effects, will influence the risks we face to our own food security. The IPCC report recommends that decision-making apply a framework of iterative risk management, assessing the widest possible range of potential climate change impacts, including low-probability outcomes with large consequences, in order to understand the benefits and tradeoffs of various potential management decisions.

Chair Bullock’s update recognizes this need to think forwardly in order to mitigate the risk to our ability to feed ourselves caused by climate change. In it, the Chair states:

The Agricultural Land Commission Act recognizes that agriculture is a major contributor to the provincial economy and plays an important role in maintaining rural communities and lifestyles, sustaining our population's demand for safe fresh local food and for providing the world with high quality agricultural products.  The ALR establishes the foundation for the business of agriculture…

The ALR takes the kind of long-term view necessary to ensure British Columbians will be able to feed themselves in the coming decades. As former Environment Minister Joan Sawicki, who worked at the Land Commission in its first and most formative years, wrote:

Unlike other kinds of zoning, the ALR was always envisioned as a permanent zone, not a zone of convenience. Its vision is long term – to keep the options open for future food production. Eighty-five percent of our best agricultural lands occur within the proposed Zone 2, where they will be less protected.

Bill 24 is shortsighted and irresponsible.... From Government’s own statements, it is clear they do not understand the scientific basis of the ALR and they have not done their homework on potential negative impacts of their actions upon farmers and farm communities. They should pull back Bill 24 and rethink.

If they do not, the only conclusion one can reach is that, far from supporting farming in BC, Bill 24 is a deliberate attempt to reduce the ALR to chaos. [Emphasis added]

Forests Minister Steve Thomson reportedly said that the focus of the changes to the laws governing the ALR “is about sustaining the farm sector.” Indeed, some of the proposed changes could be used to help local farms, such as the option to allow value-added farming activities like food processing on agricultural lands. However, the Commission already has power to allow such activities under the Act as it is currently worded. Removing the prioritization of agricultural values on 85% of British Columbia’s farmlands will achieve the opposite result. As such, it makes one wonder what the true purpose of Bill 24 really is.

On thing is certain: that removing protection of agricultural lands in Zone 2 will open them up to industrial activities, such as the oil, gas and mining sectors. It may be no coincidence that the many of the lands in the proposed Zone 2 lie atop significant mineral and petroleum deposits. For an example of competing land uses in the Peace Region, see the David Suzuki Foundation and Global Forest Watch’s Atlas of Land Cover, Industrial Land Uses and Industrial-Caused Changes in the Peace Region of British Columbia.

Currently, a range of oil and gas-related activities are permitted on ALR lands, including geophysical exploration, pipelines and related facilities, power lines that are adjacent to roads and up to three well-sites. However, some safeguards do exist to protect agriculture on those lands; for example, proponents who apply for additional non-farm use activities on ALR lands must submit a pre-development site assessment to help ensure soil conservation and effective reclamation, and plan the location of the activities to minimally impact agriculture, such as by avoiding higher quality lands and siting facilities on non-cultivated lands. By removing the requirement that land-use decisions prioritize agricultural values, Bill 24 could eliminate these remaining safeguards, further opening up some of BC’s most important agricultural lands to unchecked industrial development.

British Columbians value farm lands and recognize the importance of being able to provide for our food needs.  That is precisely why the Agricultural Land Reserve was created in the early 1970s and has been retained by successive governments of all political stripes.  The government needs to hear loud and clear that British Columbians reject trading farm-lands and food security for short-term economic gain.  Tell the BC government: hands off our food security.

Climate and Energy
Lands & Forests
Back to top