News & Events » Environmental Law Alert Blog » BC’s proposed new Environmental Assessment Act: some things have really changed…others, not so much
Back to top

BC’s proposed new Environmental Assessment Act: some things have really changed…others, not so much 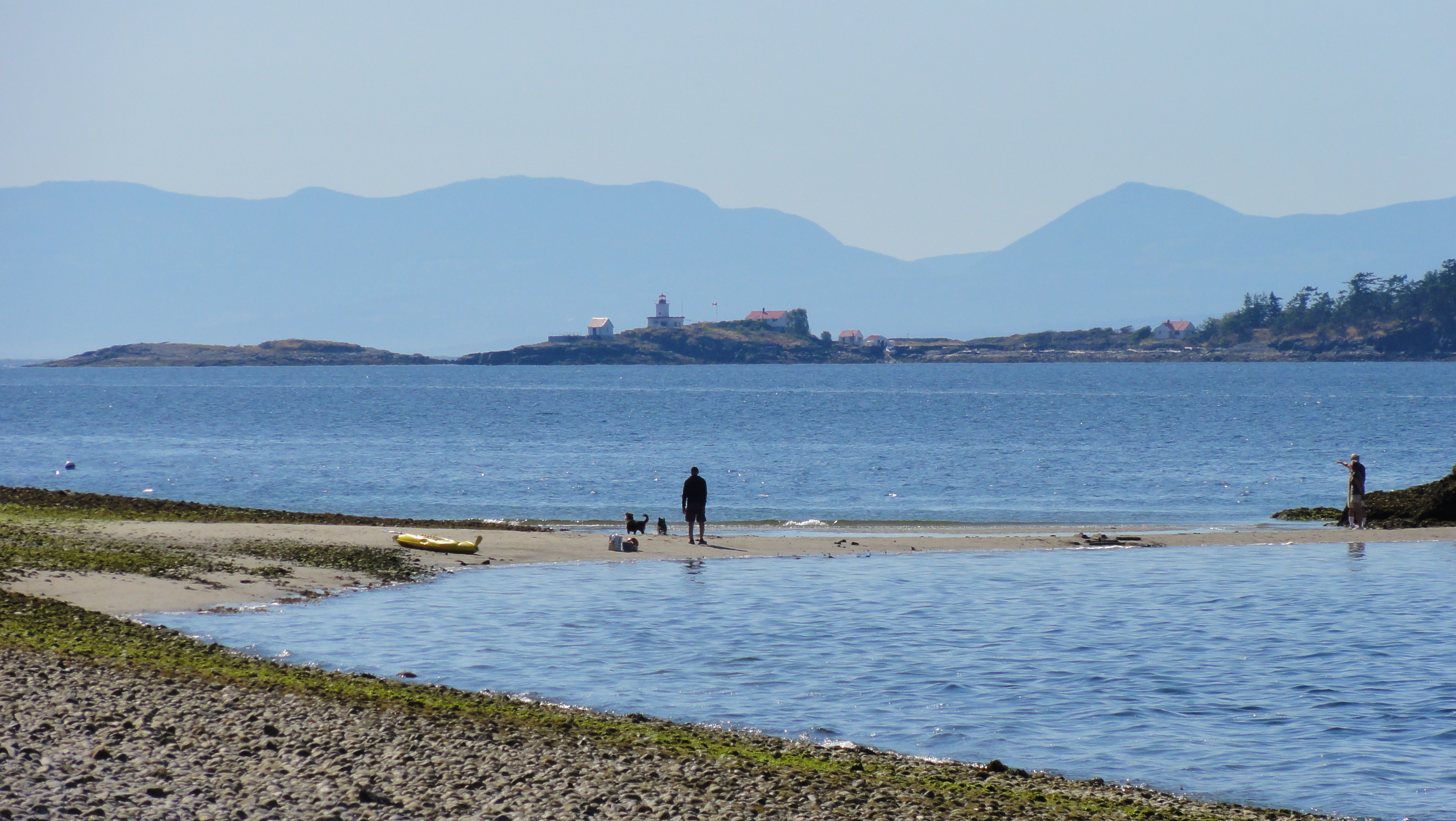 In early November, the BC government introduced Bill 51, its proposed new Environmental Assessment Act, after a period of engagement with Indigenous nations, as well as stakeholder consultation, a public comment period on a Discussion Paper, and the release of an EA Revitalization Intentions Paper. In unveiling the legislation, Minister George Heyman said that BC’s new environmental assessment bill is about “the legacy we want our kids and grandkids to inherit.”

So, what sort of legacy will they be inheriting?

To start, it needs to be said that there is a lot happening in Bill 51, some of it very good and some of it more problematic. West Coast has prepared an analysis with our detailed take on the strengths and weaknesses of Bill 51.

If you want all the dirt on how Bill 51 measures up to our vision for a new assessment process that would truly enhance sustainability, advance reconciliation and meaningfully involve communities (a vision we’ve previously discussed on the blog here and here), then West Coast’s detailed analysis of Bill 51 is the place to look.

But maybe you just want a high-level sense of how BC’s proposed new Environmental Assessment Act would be different – or not – from what we currently have. If so, this blog is for you.

Below, we summarize three examples of changes in Bill 51 that we think have the potential to make for a different and better EA process in BC, as well as three examples of problems that we hoped would be transformed but, unfortunately, still look pretty familiar.

How would Bill 51 be different than the status quo? Three examples

The First Nations Leadership Council’s reaction to Bill 51 was that it “goes beyond the status quo and marks [an] important step in First Nation – BC relations.” Likely the biggest change that Bill 51 would make to EA in BC is recognizing the jurisdiction of Indigenous nations and providing mechanisms for that jurisdiction to be reflected in assessments.

For example, Bill 51 would establish that an explicit purpose of the BC Environmental Assessment Office (EAO) is to “support reconciliation,” including supporting implementation of the United Nations Declaration on the Rights of Indigenous Peoples and recognizing the inherent jurisdiction of Indigenous nations. The bill provides some practical tools in this regard, such as welcome measures for Indigenous-led assessments and studies, and options for independent, non-binding dispute resolution between Indigenous nations and the Crown.

However, while the bill requires the EAO to seek “consensus” with Indigenous nations at multiple points, and creates two formal stages for an Indigenous nation to express its decision to grant or deny consent (the decision on readiness for EA, and the decision on whether to grant an EA approval), the First Nations Leadership Council points out that “the Act does not go far enough in meaningfully implementing the minimum standards affirmed within the UN Declaration, as the Act still allows for projects to proceed if consent is withheld by Indigenous Nations.”

Bill 51 is by no means a home run on improving public participation – for example, there is still no requirement for an assessment to have a community hearing or any other in-person opportunity for the general public to engage with the body conducting an assessment. Also, while the Province has promised to establish a public participant funding program for EAs (which could be a major improvement), Bill 51 does not provide for it in law.

However, one notable improvement is that Bill 51 would require by default the establishment of one or more Community Advisory Committees for an assessment, unless the EAO considers that there is not “sufficient community interest” in the project. (While the subjective decision about whether there is “sufficient community interest” does leave some room for refusing to establish a Community Advisory Committee, we would hope and expect that the EAO would only dispense with a Committee in rare circumstances, in keeping with its new legislated purpose to facilitate “meaningful public participation.”)

The role of the Community Advisory Committee described in the bill would be to advise the EAO on the potential effects of a project on the community, with the option to set out more specific roles for each individual assessment. This could be made stronger by giving a Community Advisory Committee a clear legislated role in proactively shaping each assessment, for example through nominating experts to review evidence, and helping to develop the plan for assessment studies as well as the plan for public engagement.

West Coast has long advocated that regional assessments are a major opportunity to address “death by a thousand cuts” by stepping back from assessing impacts of each project one-by-one, to assess cumulative impacts on ecosystems and human well-being at a regional scale and set management objectives that would apply in individual project assessments, as well as other provincial decisions in the region.

There are a couple significant weaknesses in how Bill 51 addresses regional assessment, however. The first is that there are no triggers to require that regional assessments actually occur, nor is there a provision for the public to formally request a regional assessment. As we’ve seen with the cobweb-covered section 49 in BC’s current EA Act – which allows for strategic assessments of “policies and practices” but to our knowledge has not been used in this millennium – simply enabling something in law does not mean it will happen in the real world.

Nonetheless, Bill 51 would bring regional assessments in BC a step closer to reality, and there would be some opportunity to advocate for stronger regional assessment provisions when the government conducts consultations on the associated regulation.

While Bill 51 obliges ministers to “consider” a number of materials and recommendations before making a decision, it contains no approval test nor any binding criteria for the ministers’ decision to approve or reject a project. As West Coast has previously argued: “Without an approval test, decision-making criteria or rules governing how to deal with trade-offs, including which trade-offs are unacceptable (such as crossing an ecological limit), decisions often appear arbitrary, politicized and unjust.”

The bill establishes a welcome new list of matters that must be assessed, but when it comes to the final approval, ministers may still base their decision on anything they “consider relevant to the public interest” (even including considerations that may be contrary to the purposes set out in the bill).

To see how this is problematic, one need only look at the example of BC’s legislated targets to reduce greenhouse gas (GHG) emissions under the Greenhouse Gas Reduction Targets Act (soon to become the Climate Change Accountability Act).

Bill 51 would require that a project’s GHG emissions be “considered” in an assessment, including “the potential effects on the province being able to meet its targets under the Greenhouse Gas Reduction Targets Act.” However, in making a final decision under Bill 51, ministers are still free to approve projects that would blow BC’s legislated GHG targets, and they may base that approval on any matters that they subjectively consider to be in the “public interest.”

Over 180 academics and science professionals recently had this to say in an open letter to Premier Horgan about Bill 51:

After careful review of your government’s recently introduced legislation, we conclude that the proposed environmental assessment process will fall short of your stated goal – to protect the environment and restore public confidence. In particular, the proposed legislation retains three deficiencies of current practice that are at odds with the foundations of science-based decisions, namely, a lack of scientific independence, of peer-review, and of transparency.

While Bill 51 provides options to use evidence from sources other than the proponent, and options for expert peer review of proponent materials, these are not requirements (other than a guarantee that Indigenous nations may evaluate the impacts of a project on the nation and its rights). The default practice would still be for the proponent to generate most or all of the evidence.

The bill would formalize the current approach of an EAO-appointed technical advisory committee to review proponent materials, but there would be no requirement that the committee have the expertise necessary to evaluate the quality of the evidence, nor would external peer review of the evidence be required. Under the current regime, technical advisory committees have been composed in large part of provincial ministry staff who may or may not have the full expertise needed (as well as some other representatives, e.g. from Indigenous nations or local governments).

As West Coast noted in our reaction to the introduction of Bill 51:

When it comes to environmental assessments in BC, one of the most common complaints is that project reviews rely primarily on evidence generated by the proponent… If the company proposing the project is presenting the bulk of the evidence, and there are no requirements for independent studies, expert peer reviews or panel hearings to test evidence, how can British Columbians have faith that all the concerns and potential impacts have been addressed?

There has been plenty of coverage recently regarding the problems associated with BC’s ability to exempt projects from undergoing an environmental assessment at all. For example, three gas plants in northeastern BC were exempted from the legal requirement for EAs between 2014-2015, with no public notification or opportunity for comment. One of the gas plants exempted from EA was described as the largest of its kind built in western Canada in the past 30 years.

Recently, Sierra Club BC took the EAO to court to challenge BC’s retroactive EA exemption of two dams built by Progress Energy in relation to its fracking operations. In those cases, after the two dams were already built and it became clear that the company had failed to undergo the legally-required EAs for each of them, the company asked the EAO to simply exempt the projects from the requirement to obtain an EA in the first place, and the EAO agreed to do so.

So, there you have it.

Bill 51 really would make some significant – and positive – changes to how environmental assessments work in BC. But a few of the biggest problems, which underlie the strong momentum that has built to reform EA in BC, are still looking pretty familiar.

Update: on November 26, Bill 51 passed the Legislature with minor amendments. The new law will be brought into force on a future date set by regulation, which BC suggests will be in late 2019.