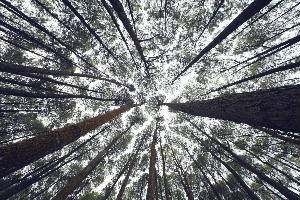 On May 26, 2015 British Columbia’s Auditor General Carol Bellringer released her report on “Managing the Cumulative Effects of Natural Resource Development in BC.”  The report found that the Ministry of Forests, Lands and Natural Resource Operations (FNLRO) is not effectively considering or addressing cumulative effects in its decision-making in northwestern BC.  As we stated in our response, issued the same day, we concur with the AG’s finding.

The introduction to the report defines cumulative effects as “changes to the environment caused by the combined effect of past, present and future human activities” and states that “[a]chieving sustainable growth, and maintaining the well-being of British Columbians, requires managing the cumulative effects of development.”  The main conclusions of the report are:

The report issues nine specific recommendations, four to the BC government and five to the FNLRO designed to strengthen cumulative effects management in the province.

Proposed LNG facilities in the Northwest and associated pipelines and infrastructure extending into the Northeast, along with a raft of mining and hydroelectric proposals, have continued to be a lightning rod for a broader debate about the future development options and choices that will prevail in each region.  Much work remains to be done: Despite the introduction of the new provincial Cumulative Effects Framework, to date there has been no “big picture” assessment of the potential impacts of different development scenarios for proposed Liquefied Natural Gas (LNG) development in the context of past present and other reasonably foreseeable development across the north.

Our  failure  to effectively manage the cumulative effects of resource development is having a human as well as an environmental cost- a cost that is born disproportionately by residents of northern communities.  Along with the Northwest Institute for Bioregional Research, we recently cohosted a series of eight dialogue sessions on cumulative effects in communities across the North, from Prince Rupert to Fort St John.  These sessions were attended by nearly 200 participants from diverse backgrounds and professions including: First Nations, local governments leaders, chambers of commerce representatives, resource users and managers, labour, health and social workers, and local environmental advocates.  Overwhelmingly, we heard from these participants that people feel alienated from environmental decision-making processes and concerned and anxious about the rapid pace and scale of development that is occurring or proposed in their communities, particularly with respect to proposed liquefied natural gas development.

There is a hunger amongst residents of the north to be more involved in decisions that affect their future. In a recently concluded two year research project that we undertook on best practices of regional strategic environmental assessment, we found that the resilience and legitimacy of decisions are enhanced through robust stakeholder and community participation, and that viable models for collaborative management with First Nations exist.  As the Auditor General’s report suggests, it is critical that the Province begin to more effectively assess the cumulative effects of resource development and their impact on community well-being. In our view, to be effective this must be done in collaboration with First Nations, communities and civil society groups, drawing on the best available science and Indigenous knowledge.

Lands & Forests
Back to top