News & Events » Environmental Law Alert Blog » Are BC Lawyers Climate Laggards? Climate Resolution Fails at Law Society of BC Meeting
Back to top

Are BC Lawyers Climate Laggards? Climate Resolution Fails at Law Society of BC Meeting 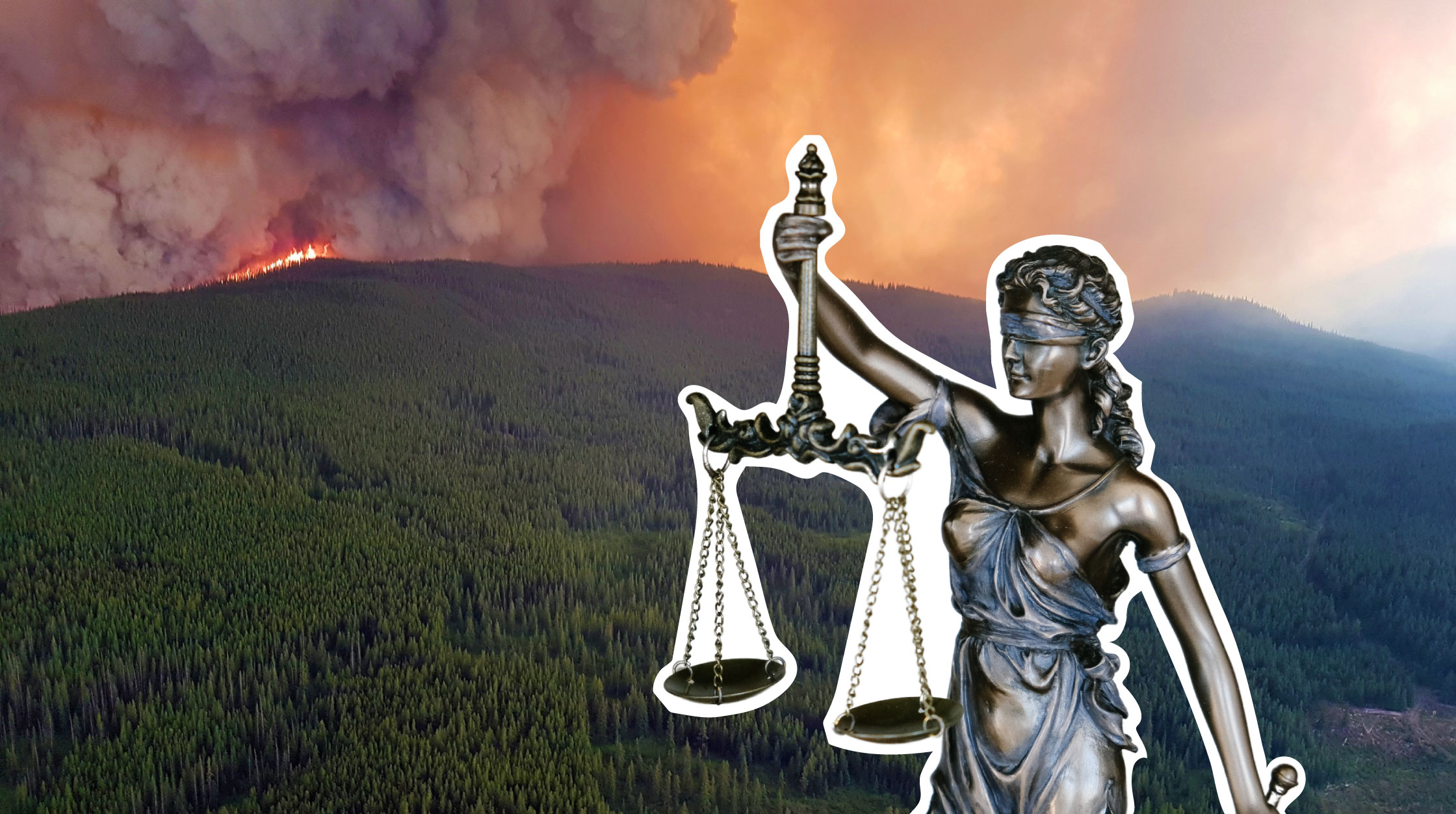 Law societies and other professional regulatory bodies around the world have begun to recognize their professions’ roles in addressing and adapting to climate change. Unfortunately, the Law Society of British Columbia (the Law Society) missed an opportunity to do so last month. My West Coast Environmental Law colleagues Erin Gray, Staff Lawyer and Kaymi Yoon-Maxwell, Summer Law Student, report below on what happened and the worrying implications.

On June 22, at its 2022 Annual General Meeting (AGM), the Law Society membership – which is all lawyers in BC – failed to pass Resolution 4: Member Resolution regarding the Role of Lawyers in Addressing Climate Change. This resolution, submitted by BC lawyers Yuki Matsuno and Hasan Alam, called for the Law Society to encourage lawyers to engage with climate change and its effects; to create an advisory committee or task force to study the topic of the role of lawyers in both advising clients of relevant impacts of climate change, as well as addressing climate change in their own practice; and to provide a report on the climate impacts of the Law Society and a plan to reduce those impacts.

Resolution 4 failed with a disappointing 58% of voters opposed. Notably, the turnout to vote was quite low. The most recent Law Society annual report states that there are around 13,000 practicing lawyers in BC, as well as about 2,600 non-practicing or retired members registered with the Law Society, and yet Resolution 4 was decided by only 2,918 voters.

As laid out in Resolution 4, the Supreme Court of Canada has recognized in References re Greenhouse Gas Pollution Pricing Act that:

It follows that lawyers – as service providers, advisors, and actors in the justice system – must ensure that they understand the impacts that climate change is expected to have on their practice area and their clients. Given the Law Society’s stated commitments to Truth and Reconciliation, addressing the disproportionate impact of climate change on Indigenous peoples should be a priority. Further, as part of the national and international collective, lawyers should take action to mitigate and adapt to the reality of the crisis.

As described by Dr. Carol Liao in her recent op-ed published in the Tyee, “Resolution 4 is not radical or controversial. Rather, it recognizes our already existing obligations as lawyers. It acknowledges the disproportionate impacts climate change has on Indigenous peoples, our commitments to truth and reconciliation, and our duties as lawyers, responsible professionals and global citizens.” Everyone has a role to play in addressing and mitigating the climate crisis – lawyers are no exception.

It is unclear why the majority voted against Resolution 4. However, if the debate that has been ongoing at the national scale is any indication, it may be due to misconceptions that climate change is a political issue.

A climate leadership motion failed to pass at the Canadian Bar Association (CBA)’s 2020 AGM and 2021 AGM. While Lawyers for Climate Justice, the group that initiated the campaign, stated that it will continue to push for the CBA to pass a motion for climate leadership within the legal profession, a number of lawyers remain opposed.

It appears that overall opposition to the motion was due to a perception that passing a resolution of this sort would be politically divisive and beyond the scope of the CBA’s mandate. One outspoken critic claimed that passing a climate leadership motion would mean that the CBA was “falling prey” to ideological pursuits of “special interest groups seeking climate justice.”

There was passionate debate about the CBA motion’s definition of “climate justice,” which focused on ensuring communities, individuals and governments have legal rights to enjoy a safe and healthy environment in the face of a changing climate. In contrast, for the Law Society, Resolution 4 did not attempt to define “climate justice” but instead left it for the future task force to define collaboratively.

For Alam, one of the drafters of Resolution 4, the level of opposition has been disappointing:

It is troubling that this is seen as a divisive issue because it is threatening all of us, including future generations’ security and wellbeing. Climate change is a documented fact. It should not be a divisive issue.

The argument that law societies cannot make commitments to addressing climate change without being partisan is flawed. It is no longer an option for legal regimes to choose whether to address climate change. The crisis is impacting the justice system and lawyers’ practice areas in myriad ways.

In this day and age, as explained by David Estrin on the topic of Climate Conscious Lawyering,

There can be no doubt that an ordinarily competent and careful lawyer must be aware of climate change issues and impacts, current and changing climate laws and policies, as well as current climate litigation approaches and results as relevant to legal advice; and must use these insights in advising clients.

In our discussion with Alam, he further affirmed that “climate change has a direct influence on our fiduciary duties as lawyers.” For example, lawyers practicing in the insurance field must be aware of climate-related impacts to duties of care for directors and officers, the risk of climate lawsuits against corporations, and climate-related disclosure expectations. Immigration lawyers will see an influx of refugee claims due to climate-induced migration – a phenomenon that is well underway. Lawyers working for local governments must advise their clients on their obligations to adapt to and prepare for climate risks, as well as the implications of climate-induced weather events. This is because local governments bear the immediate consequences of cleaning up after these events – something we saw just last year with BC’s catastrophic flooding.

Drawing again from Liao’s op-ed, “Resolution 4 falls squarely within the Law Society of BC mandate to protect the public interest ‘by setting and enforcing standards of professional conduct for lawyers,’ particularly in ensuring lawyers stay competent in a rapidly changing world.”

There is little more squarely in the public interest than addressing the climate crisis.

BC lawyers are lagging behind

In 2020, the International Bar Association (IBA) issued a statement on the climate crisis and has had an IBA Climate Change Justice and Human Rights Task Force since 2012. The American Bar Association, the Law Society of England and Wales, and the Law Council of Australia have all issued some form of climate change-related resolution or policy in the last few years.

In BC, numerous professions’ regulatory bodies have made wide-ranging commitments regarding their members’ crucial roles in mitigating and adapting to the climate crisis. This includes the Planning Institute of BC, College of Applied Biologists of BC, BC Society of Landscape Architects, Association of BC Forest Professionals, and Engineers and Geoscientists BC. On the national scale, professional regulatory bodies such as the Canadian Medical Association, Chartered Professional Accountants Canada, and the Ontario Society of Professional Engineers have all made clear the role their professions play in addressing climate change. Lawyers are lagging behind.

No more time to waste

The Law Society’s vision in its 2021-2025 Strategic Plan is “To be a leading regulator that promotes a culture of innovation and inclusivity in responding to the challenges and opportunities in the delivery and regulation of legal services.” To achieve this vision, addressing climate change is essential. This latest initiative is undoubtedly only the beginning of efforts to push the profession forward.

When we spoke with Matsuno, who drafted Resolution 4 with Alam, she emphasized that lawyers must take “sooner-rather-than-later action to address climate change.” Alam echoed this sentiment, stating:

People need to recognize that this is a pressing issue. The fact that this motion failed is indicative of how much work needs to be done in the profession to understand the imminent threat of climate change. Eventually, there will be no choice but to pass a resolution of this nature. But we can’t wait four to five years from now – it will already be too late.

The legal profession would be well served to get ahead of the crisis and start planning for its role now before it’s too late. The practical impacts of passing a climate resolution will be to provide more resources to practitioners to handle what will inevitably come their way. We share Matsuno and Alam’s optimism that BC lawyers can pass a climate resolution next year.