Have your say to protect endangered caribou 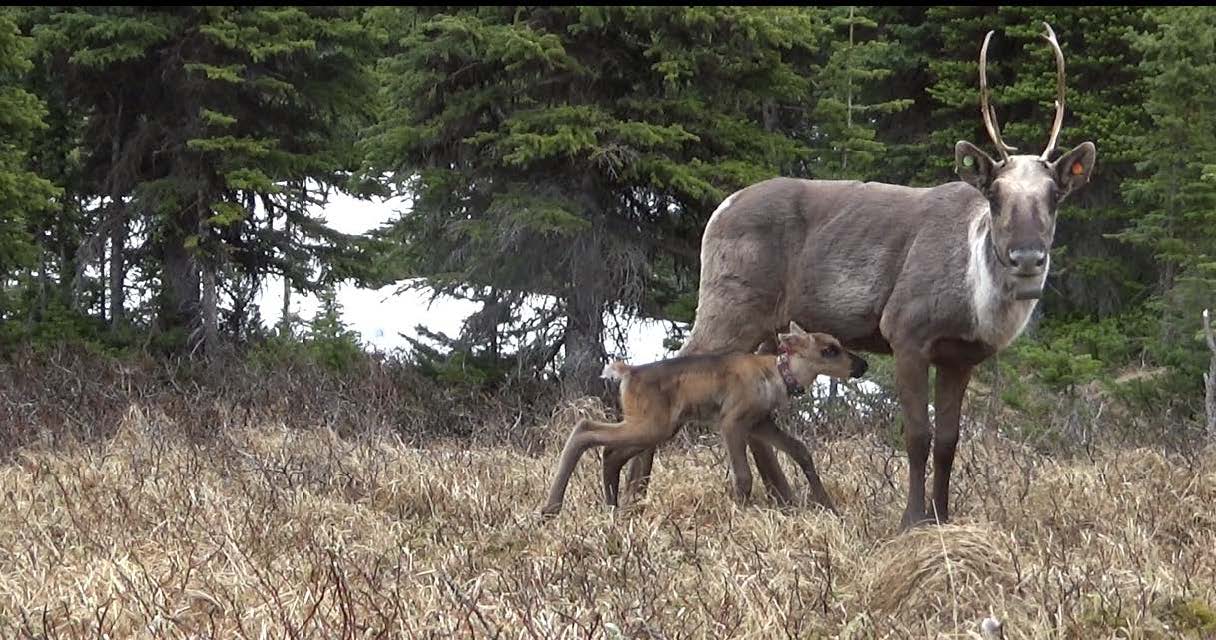 Help is on the way for some endangered southern mountain caribou. There are two plans under development to save this threatened species, and the BC government is consulting with the public about these plans. The consultation period has recently been extended until May 31st, 2019 at 4 pm.

Now, southern mountain caribou numbers are so low that in May 2018, a court decision helped force Environment and Climate Change Canada to invoke the Species at Risk Act to declare an imminent threat to the caribou’s recovery. This action helped bring all the parties to the table to talk about how to save the caribou from extinction, and the two draft plans are part of the result.

This blog post is our guide to help you participate in the public consultation period.

You can have your say by clicking here.

What are the two plans?

The first plan is a draft agreement between the federal and provincial governments under section 11 of the Species at Risk Act. This draft Canada-BC Agreement – which BC and Canada call the “Section 11 Agreement” or sometimes the “Bilateral Agreement” – is intended to increase efforts for habitat restoration, maternity penning, and minimizing land disturbance. It will apply to all three subpopulations of endangered southern mountain caribou (southern, central, and northern).

The second plan is a draft agreement between the Saulteau and West Moberly First Nations, BC, and Canada. This draft Indigenous Partnership Agreement – called the “Partnership Agreement” by the parties – applies to the central group of caribou only. The central group is made up of six highly endangered herds in Treaty 8 territory, including the Klinse-za herd (more on this herd below).

The draft Indigenous Partnership Agreement features concrete measures for habitat protection, including the designation of a new protected area for caribou and, in some areas, interim moratoriums on industrial activities like logging. This agreement also includes an Indigenous guardian program that would build on crucial efforts by the West Moberly and Saulteau First Nations to save the Klinse-za caribou herd through a five-year-old maternal penning project.

One problem is that the draft Canada-BC Agreement does not include interim protection of important caribou habitat while the longer-term plans it contemplates are being developed. This omission leaves the caribou vulnerable to ongoing habitat destruction and population decline while the governments develop plans to save them.

Two herds have already been functionally extirpated this year – the South Selkirk herd and the South Purcell herd. Other herds could be extirpated (become locally extinct) while the governments negotiate unless interim habitat protections are put in place.

A related problem with the Canada-BC draft agreement is that it leaves the door open for the Province to approve resource development activities in caribou habitat (see for e.g. Table 2 of Annex 2 to the draft Canada-BC agreement). There is no doubt that the root cause of the southern mountain caribou herds’ decline is habitat destruction and fragmentation. BC recognizes that fragmentation, alteration, and loss of the southern mountain caribou’s old-growth forest habitat is the long-term threat to caribou recovery. Habitat protection and restoration is the key to seeing thriving caribou populations return, and the draft Canada-BC Agreement is simply not strong enough on this point.

The Klinse-Za herd, which is being cared for and protected by the Saulteau and West Moberly First Nations, is seeing the most pronounced recovery of any southern mountain caribou herd, having nearly doubled in size between 2013 and 2018 (from 36 to 67 animals). This success is in large part due to the Nations’ successful maternity penning program. Crucially, the draft Partnership Agreement includes temporary protection of important caribou habitat while a longer-term recovery plan is developed. We took some time to submit our responses to the BC government survey on the two Agreements and thought we’d share some suggested answers with you. If the responses below are helpful, feel free to borrow from them. You might also wish to take a look at the online survey response tool posted by our friends at the Wilderness Committee.

But remember: your own words are the most powerful, so we encourage you to take a little time to answer from your own perspective.

1. Are there any actions in Annex 2 that you strongly disagree with? Please describe them and explain why you do not support them.
The Section 11 agreement has very few concrete measures to address the root cause of caribou population decline: habitat loss and fragmentation. On the crucial subject of caribou habitat protection and restoration, Table 2 of the Section 11 agreement is mostly a plan to make more plans. Disappointingly, the language in Table 2 regarding regulatory measures to protect caribou habitat is vague and non-committal; the agreement to “Seek to bring forward regulatory measures” does not commit the parties to developing regulations to protect caribou habitat. The provincial and federal governments should be focusing on protecting habitat now, as well as other caribou recovery measures. The provincial government should stop permitting logging and other disturbances in caribou habitat until these activities can be shown to not harm caribou populations. Ongoing wolf culls cannot be supported in the absence of habitat protections.

2. Are there any actions in Annex 2 that you strongly support? Please describe them and explain why you support them.
The acquisition of Next Creek and other land purchases for caribou habitat are a good first step and the government should undertake to acquire more caribou habitat in order to protect it. The activities underway to restore caribou habitat by rehabilitating roadways through caribou habitat are good. I support the federal and provincial governments working to encourage and empower Indigenous communities to help with caribou recovery. Science and traditional knowledge can work together to produce good results.

The creation of the BC-Canada Caribou Recovery Science Committee to provide science and science advice focused on the recovery of southern mountain caribou in British Columbia is a good thing, but it should be independent and include caribou biologists with published academic research on caribou.

3. Are there any actions that you think are missing from the draft Section 11 Agreement? Please describe them and explain why you feel they should be added.
There is no commitment to habitat protection in the Section 11 agreement. Habitat protection is a necessary part of species recovery. At a minimum, an interim moratorium on destruction of caribou habitat should be put in place while herd plans proceed. The BC-Canada Caribou Recovery Science Committee should be independent and at arms-length from government, and include researchers with published work on caribou biology.

4. Overall, do you support the Parties entering into the Section 11 Agreement? Why or why not?
Entering into an agreement under Section 11 of the Species at Risk Act is essential if we are to have any hope of protecting and recovering southern mountain caribou herds. However, the Section 11 Agreement must be strengthened to provide interim habitat protection, and to focus on habitat protection and restoration as the key to long-term caribou recovery, because habitat fragmentation, alteration, and loss is at the root of caribou decline. Ongoing wolf culls cannot be supported in the absence of habitat protections.

For the 1 to 4 rating questions:
We suggest checking 4, "Strongly Support" for all of them except “Habitat Mitigation and Offsetting” and “Predator Control,” which we leave to your judgment.

1. Are there any actions identified in the draft Partnership Agreement that you strongly disagree with? Please describe them and explain why you do not support them.
The Partnership Agreement should protect more low elevation caribou habitat, and it should change forestry and mining practices to help ensure caribou recovery.

2. Are there any actions identified in the draft Partnership Agreement that you strongly support? Please describe them and explain why you support them.
The creation and management of a new Indigenous Protected and Conserved Area in the Moberly Lake – Twin Sisters area is an excellent initiative. The protection of more high and low elevation caribou habitat, and the creation of more protected areas for endangered species, is to be supported, as is the creation of a committee to review and provide consensus-based decision making on new resource development projects in caribou habitat.

3. Are there any actions that you feel are missing from the draft Partnership Agreement? Please describe them and explain why you feel they should be added.
Habitat loss and disturbance is the underlying cause of declining and extirpated caribou populations. The Partnership Agreement should protect more caribou habitat, and it should be used as a model to be applied to other caribou herds with declining populations. It should include habitat protections in low elevation for all herds within the scope of the Agreement.

5. Do you have any additional comments?
Thanks to Saulteau and West Moberly First Nations for their inspiring leadership on caribou recovery, starting with the Klinse-za maternal penning project launched in 2014.