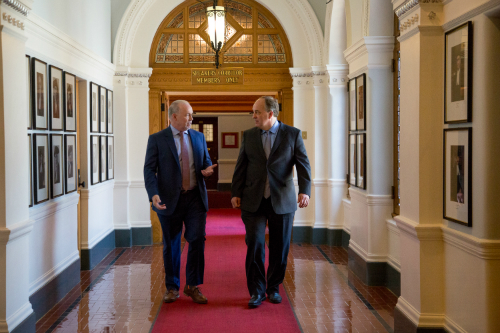 In 2013, after Christy Clark’s unexpected election win, we wrote a post about what environmental wins we might expect from her new government. So now, in 2017, after another surprising election result culminating in the announcement that the BC NDP and BC Greens will cooperate to bring down her government, it makes sense to look forward to what we might expect on the environmental law front from a BC NDP government (supported by the Greens).

Some things are obvious

The BC NDP and BC Greens have publically released the agreement that sets the foundation for their cooperation. The media has done a good job in highlighting some key environmental commitments in the NDP/Green agreement. These include:

Also prominent in the reporting of this agreement are the commitments to ban big money from BC politics and hold a referendum on proportional representation.

That’s not all that’s in the NDP/Green agreement. Here are a few commitments that you may have missed unless you’ve been paying close attention.

One suspects that new Green MLA Sonia Furtesnau may have played a role in highlighting professional reliance – since her community’s fight against the a dump in the Shawnigan Lake watershed was a poster-child for why you can’t simply trust professionals hired by a developer to do the right thing.

We’re excited about both of these developments in environmental law and environmental decision-making, which create real opportunities to look at the needs of our communities and the environment before leaping into potentially dangerous projects. This is especially so given that the platforms of both the BC NDP and BC Greens commit to better management of the cumulative effects of development.

Beyond what’s in the agreement

This would be a pretty aggressive list of environmental priorities for any government. But the agreement does not prevent the two parties from delivering on other promises in their individual platforms. As the senior partner, the NDP’s platform is especially relevant, and it includes:

In addition to (or perhaps as part of) reforming environmental decision-making, the NDP pledged to “modernize land-use planning to effectively and sustainably manage BC’s ecosystems, rivers, lakes, watersheds, forests and old growth, while accounting for cumulative effects;”

And that doesn’t count environmental initiatives that the BC Greens and/or the BC Liberals might bring forward in a minority government situation. You can check out their platforms here (Greens) and here (Liberals).

A note of caution

We don’t have an NDP minority government yet, and if and when we do, the majority will be razor-thin. There is a lot of skepticism that this government will last a full four years.  However, based on the NDP/Green agreement, and on the NDP Platform, we have reason to hope that a number of significant environmental initiatives may be on the table.

Tell us in the comments below what environmental initiatives you’re most hoping to see in the coming four years.

Photo by the BC NDP, used under a Creative Commons Licence