EDRF 2017 Grantees
Back to top 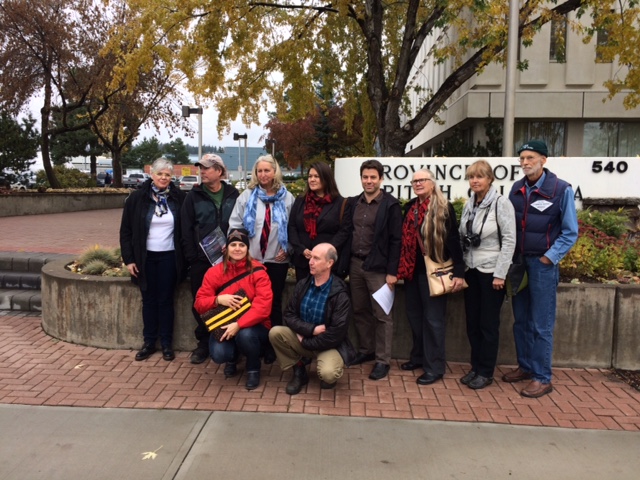 The 2014 Mount Polley tailings pond breach was the worst environmental failure in Canadian mining history. The breach unleashed almost 25 million cubic metres of arsenic-containing wastewater into the beautiful and bountiful Quesnel Lake in an apparent violation of the federal Fisheries Act.

The federal and provincial governments both launched investigations, but they dragged on for over two years without result – despite evidence of harm to fish, fish habitat and communities. By October 2016, it became clear that the government was not going to determine whether to press charges against the Mount Polley Mining Corporation (MPMC) or the Province in anything resembling a timely manner.

MiningWatch Canada took the initiative and launched a private prosecution against the BC government and MPMC under the Criminal Code. With support from our Environmental Dispute Resolution Fund, MiningWatch hired a lawyer and assembled the evidence it needed to support its allegations.

Disappointingly, during a process hearing in January 2017, the Federal Prosecutor asked the court to stay the charges before MiningWatch even presented its evidence.

The Concerned Professional Engineers are concerned that Kinder Morgan’s Trans Mountain Expansion project was approved without a proper risk assessment of the project in relation to human lives, the environment and the BC economy. They received funding to obtain a legal opinion on options for challenging the project approval.

CERCA has been working for many years to phase out environmentally harmful industrial operations in the Cowichan estuary, a designated conservation management area. They have received funding to obtain a legal opinion related to a proposed rezoning for a commercial wharf and log handling operation in the estuary that would legalize the existing non-conforming industrial use.

The Fort Nelson Nation (FNFN) is concerned about negative impacts from the development of the Komie North Mine – including the destruction of sensitive animal habitat, impacts on members’ land-based activities (such as hunting for food) and health risks from silica dust. At the project proponent’s request, the BC Environmental Assessment Office departed from established practice and determined that the project did not require an environmental assessment. In 2014, the Nation filed for a judicial review of the EAO’s determination that the mine was not a reviewable project and won; BC then appealed and won. FNFN has received EDRF funding to apply for leave to appeal this decision to the Supreme Court of Canada.

Kathleen Ruff is a lifetime human rights activist and campaigner for an international ban on asbestos mining, due to its proven health hazards. It recently came to light that, in the course of her work on this campaign, Kathleen was spied on by an intelligence company retained by unknown asbestos industry interests. She received funding for a legal opinion on potential causes of action, related to violation of her privacy and fraudulent misrepresentation and conspiracy.

Rail Ties Be Wise is a citizens group in Williams Lake concerned about impacts to local air quality from Atlantic Power Corporation’s plan to burn shredded railroad ties to generate electricity for sale to BC Hydro. They have received funding to appeal to the Environmental Appeal Board over the Province’s decision to amend Atlantic Power’s permit, which allows the company to burn a much greater biomass of railway ties and create a landfill to deposit ash from the facility.

About the EDRF
Apply to the EDRF
EDRF Grantees