Shifting seas: An update on developments in international marine law 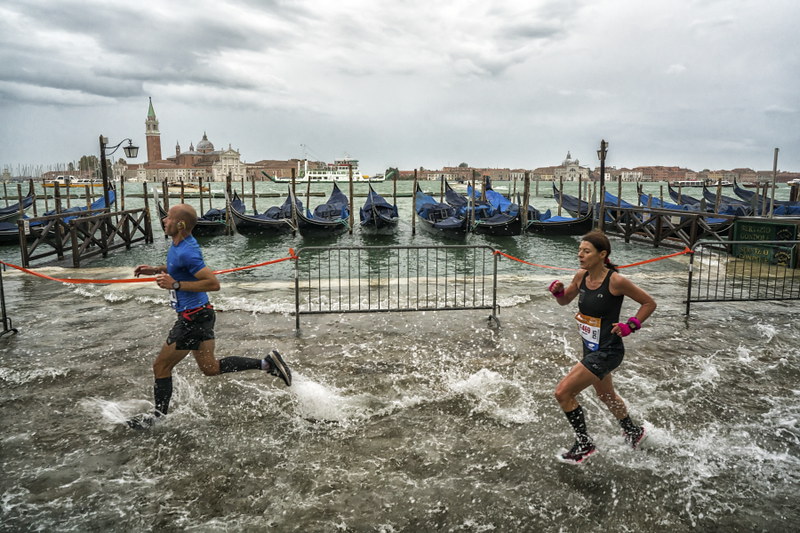 The ocean is taking centre stage in the international law world. From the climate treaty meeting that advocates are calling the “Blue COP,” to the adoption of new global marine biodiversity protection targets, to a new high seas biodiversity treaty, and more stringent rules for international shipping and plastic pollution – the sea change in international law continues.

The latest session of the Conference of the Parties, or COP, for the United Nations Framework Convention on Climate Change (UNFCCC) started this week in Madrid. As the Guardian reminds us: "Each of the 196 nations on earth, bar a few failed states, is a signatory to the UNFCCC foundation treaty and no country has yet opted to withdraw from it."

Back in 1992, countries agreed in this landmark treaty to "avoid dangerous climate change." The UNFCCC legal regime has developed over the years, with the 2015 Paris Agreement as the most recent iteration, in which countries agreed to hold warming to no more than 2°C above pre-industrial levels, and to attempt to reach an even more ambitious goal of limiting the temperature increase to 1.5°C.

Despite all the action, countries meeting at earlier COPs have not focused on the ocean. But the recent Special Report on the Ocean and the Cryosphere in a Changing Climate by the Intergovernmental Panel on Climate Change (IPCC) is changing public perceptions. The report found that sea level rise is occurring at an “unprecedented” rate, that worst-case projections are higher than previously thought, and that a two-metre sea level rise by 2100 “cannot be ruled out.”

So what can be done? At the Blue COP, countries, NGOs, businesses and scientists will examine the impacts of climate change on the ocean, and investigate ocean solutions to tame rising greenhouse gas emissions. One initiative is pushing for a special stream of work on oceans under the UNFCCC.

There are many calls for countries to include ocean commitments in their new nationally determined contributions (NDCs), one of the innovations at the heart of the Paris Agreement. As the name makes clear, NDCs are national climate plans determined by countries themselves.

For example, NDCs could include plans to capture blue carbon by protecting and regenerating coastal ecosystems. National climate plans could also link to the ocean by focusing on renewable “blue” energy, generated from tides, waves and offshore wind. The IUCN and Nature Conservancy reported that in the first round of NDCs, 28 countries referred to coastal wetlands in their mitigation actions, while 59 countries referred to these ecosystems in adaptation strategies. There are several other strategies within the ocean-climate agenda, including creating more marine protected areas.

The events happening in Madrid this month, and the final outcome of the global climate conference, will determine if this meeting will in fact go down in history as Blue COP.

In addition to the UNFCCC, the Convention on Biological Diversity (CBD) was the other main treaty that countries agreed to at the 1992 Rio Earth Summit. There will be ocean action in the year ahead under the CBD, as countries work to set new biodiversity targets, updating the 20 “Aichi Targets" previously adopted under the treaty, which lasted until 2020. Countries agreed to protect 10% of their marine space by 2020 pursuant to Aichi Target 11, and Canada surpassed that target earlier this year.

At the upcoming conference for the CBD, which will take place in December in China, countries will adopt a post-2020 global biodiversity framework. There is growing agreement that countries should fully protect at least 30% of each marine ecoregion by 2030, stemming from declarations at the IUCN’s 2014 World Parks Congress and 2016 World Conservation Congress.

Conclusion of negotiations for the high seas biodiversity treaty is another highlight of the 2020 international ocean agenda.

Approximately 64% of the globe is in areas beyond national jurisdiction, not controlled by any one country – an area also known as the high seas. This vital part of the planet needs protection under international law.

States are currently negotiating a high seas biodiversity treaty, which will address:

The treaty will create rules to designate, manage and enforce a network of MPAs on the high seas, building on the examples of high seas MPAs that now exist under regional treaties in the Antarctic Ocean and the North East Atlantic. The treaty will also establish a global decision-making body, with an independent scientific committee.

The revised text of the proposed legally binding instrument to protect the high seas was posted on November 27, 2019. States will reconvene at the United Nations in the first half of 2020 for the final formal negotiating session, aiming to complete the treaty by the end of next year. The High Seas Alliance has a treaty-tracker that charts the progress on the treaty as it evolves.

There is also growing support for developing a ban on the use and carriage of heavy fuel oil (HFO) in Arctic waters, as the Association of Arctic Expedition Cruise Operators has agreed to voluntarily ban heavy fuel oil on their ships. Described as the cheapest and dirtiest fuel in use in the Arctic, HFO is used primarily by large ships such as bulk carriers, cargo vessels, and cruise ships.

Though ships transiting the Antarctic area have been banned from using heavy fuel oils by international law since 2011, the Polar Code regulating shipping did not incorporate a similar ban for HFO use in the Arctic. HFO Free Arctic is a collaboration of groups calling for a legally binding ban by 2020.

Plastic pollution persists in the absence of a treaty

The Blue Planet effect has had a remarkable impact on people; will it also influence the development of laws for our blue planet? David Attenborough’s devastating images of turtles, whales and seabirds choking on plastic in the acclaimed BBC show has had a measurable effect on influencing consumers in the UK to use less plastic.

In response to the plastic pollution crisis, more countries and regional groups are supporting civil society’s calls for a new global agreement on plastic pollution, including the Nordic Council, the Conference of Heads of Government of the Caribbean Community (CARICOM), and the European Union (para. 24).

Experts say a global Convention on Plastic Pollution could aim to manage the full lifecycle of plastics, including production, and have outlined a plan for a four-pillar treaty:

The UN Environment Programme’s Ad-Hoc Open-Ended Expert Group – which consists of member states, industry representatives, and civil society – is analyzing information and considering options to combat marine plastic litter and microplastics. The Progress on Plastics newsletter reports on this initiative.

The Center for International Environmental Law (CIEL) reports a related legal development in its 2019 Impact Report, one that shows that countries can act swiftly when motivated:

Under a new amendment to the Basel Convention, exporting countries will now have to get importing countries’ consent before they ship them their plastic waste. …
International law can be slow, but this Basel Amendment (which came to fruition in less than a year) shows the law can be agile when countries unite to address an urgent crisis that affects us all.

As these new developments show, the blue wave of action continues in the international legal sphere – and hopes are high for even more action in 2020.

Top photo: Runners in Venice, where sea level rise and flooding are increasing as a result of climate change. (Photo: Roberto Trombetta via Flickr Creative Commons)