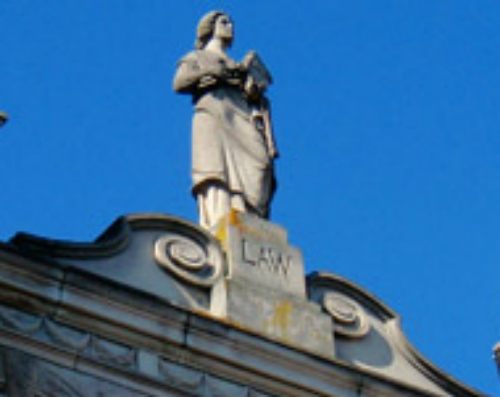 Do the governments of the world have a legal duty to protect the atmosphere?

On May 4th, a group of children and young adults filed lawsuits against all 50 U.S. states and the Federal government for their failure to reduce greenhouse gas emissions. Their strategy is to have the atmosphere recognized as a public trust held by the state. If they can succeed, they will empower the courts to compel governments to reduce their jurisdictions’ carbon footprints. The federal complaint states:

Applying basic trust principles, the United States government has an affirmative fiduciary duty obligation to control atmospheric contamination that causes catastrophic and irreparable damage to our lands, our businesses, our national security, and our health.

A public trust is an important natural resource that the state controls for the present and future benefit of its citizens. The concept is an ancient one, tracing as far back as the declaration by the Emperor Justinian that “by the law of nature these things are common to mankind – the air, running water, the sea, and consequently the shores of the sea.”

The public trust doctrine in the U.S. was originally quite narrow; in the seminal cases such as Illinois Central Railroad v. Illinois 146 U.S. 387 (1892), it was used to stop the privatization of navigable waters. But the Mono Lake case of 1983 extended the concept to environmental protection. In that case, the California Supreme Court held that the state could not allocate a water permit without considering the ecological impact on the lake, as the latter was a resource held in public trust. This extended public trust status to include water rights and ecological concerns. California and other states have since broken further ground, recognizing groundwater and beaches as public trusts, as Michael C. Blumm and R.D. Guthrie document in their study of the doctrine’s evolution worldwide.

The features of an atmospheric public trust

Why take the public trust angle? First, the duty to preserve a public trust resource is mandatory, not discretionary. If the court concludes that the atmosphere is a public trust, then governments would be legally bound to take action accordingly. In contrast, most lawsuits have focused on discretionary legal instruments such the U.S.’s Clean Air Act. In those cases, the courts tend to defer to U.S. Environmental Protection Agency (EPA) decisions, however unsatisfactory. By focusing on what actions are required to preserve the atmosphere, a public trust argument has the further advantage of requiring remedies based on climate science rather than political will.

University of Oregon Professor Mary Wood argues that public trusts could be an effective way to drive inter-state and international GHG reductions. When trusts span more than one jurisdiction, all jurisdictions are “co-tenants” sharing access. Co-tenants have a corresponding duty not to “waste” the common asset, including acts that permanently damage it. Professor Wood therefore argues that one jurisdiction would have a cause of action for another’s failure to bring its GHG emissions within safe limits. This strategy would avoid the prisoners’ dilemmas that undercut voluntary agreements such as the Kyoto Protocol.

The difficulties in making a public trust argument

Notwithstanding the powerful remedies that the public trust doctrine could muster, it may be difficult to convince the courts to adopt it. The first hurdle will be to establish that the atmosphere is a valid candidate for public trust doctrine. Even in the most progressive jurisdictions, public trust arguments have only been used occasionally and in limited ways to support claims for environmental protection. Declaring an atmospheric public trust—and its attendant duties—will require a Court prepared to innovate.

A second hurdle will be the challenge that these lawsuits aim to entangle the courts in questions of policy. All the state-level actions request a declaration from the court that the atmosphere is a public trust, and stipulating the obligations that follow from it. The federal actions go further, requesting that the court issue an injunction mandating annual GHG reductions of 6%. For an issue as hotly disputed as climate change, some are bound to see these remedies as massively overreaching the courts’ mandate and expertise. Professor Wood responds (at page 42):

“If the world could rewind several years of time, that criticism would carry far more weight. But after two futile international climate treaty negotiations in the past five years and the refusal of most polluting nations to pass meaningful domestic legislation, climate crisis screams out for a reality check.”

The key question is whether any of the courts will be emboldened by the same sense of urgency.

How might an atmospheric public trust argument fare in Canada? In their international study of the doctrine’s emergence, Blumm and Guthrie find (at 67) that Canada has an established line of public trust case law, albeit one limited to the traditional domain of public access for navigation, fishing and commerce.

In Canfor, the Province sought compensation for a fire caused by the defendant licensee’s negligence. The Court granted the Province damages as a landowner, but also considered the Province’s status as representative of the public interest as a ground for recovery. Although the Court did not rule on the issue, it acknowledged that there are “public rights in the environment that reside in the Crown” and made broad statements on the relationship between such rights and the U.S. public trust doctrine.  What makes this is all the more remarkable is that none of the parties had argued the case as a public trust doctrine, beyond an intervenor citing a case that used it. In single-handedly reviving the doctrine, the Court may be signaling an intent to see it grow.

Blumm and Guthrie suggest that standing may prove to be a thorny issue. Traditionally, only an Attorney General — and not members of the public — may bring a public nuisance claim, unless an individual experiences a qualitatively different type of injury than the general public. But Canfor broke new ground in establishing that the Attorney General could have standing to bring claims on behalf of the general public, not just in its own interest as a landowner. Justice Binnie (at para. 81) acknowledged that along with this decision came the possibility of holding the Crown liable for “inactivity in the face of threats to the environment.” One year later, a  P.E.I. trial court relied on Canfor to hold that the public has standing to sue the government when it fails to adequately protect the public interest.

While these developments are certainly promising, it remains an open question whether atmospheric trust litigation might succeed, and to what extent. In the meantime, we will have the benefit of seeing how the argument plays out south of the border.

Chris joins West Coast from the University of Toronto, where he studies law. He graduated from McMaster University with a joint degree in Arts & Science and Political Science, then spent one year in Bangladesh researching access to justice and rural power structures.